I don’t usually read The Economist but yesterday I happened to be leafing through a recent copy and came across an obituary of Nek Chand, who died on June 12th, aged 90. Now unless you are Indian or have been to India you probably don’t know who Nek Chand was.
Nek Chand, originally from Pakistan, was responsible for the creation of a rock garden in Chandigarh, which city is more famous for having been designed by Le Corbusier. Initially, in 1958, he started creating his ‘kingdom of gods and goddesses’ in a forest clearing but this was closed down as illegal. However, city officials decided to encourage him and in 1975 the project was given official blessing and took off from there. Today it draws many visitors, apparently it’s second only in India to the Taj Mahal.
“The earliest constructions in his garden in the forest were modelled on both the village life he remembered and the divine haunts he imagined: winding paths, walls and rivers, terraces and waterfalls, temples and alleyways and fairground formations of dancers, musicians, water-carriers, snake-charmers, revellers, horses, buffaloes and birds”. They were constructed from blocks of stone, concrete, and cement to which he added bits of crockery, broken tiles, electrical fittings, glass beads and bracelets, etc.
We visited his wonderful garden a few years ago (more posts of our Indian trip to follow) and it was indeed a magical place. 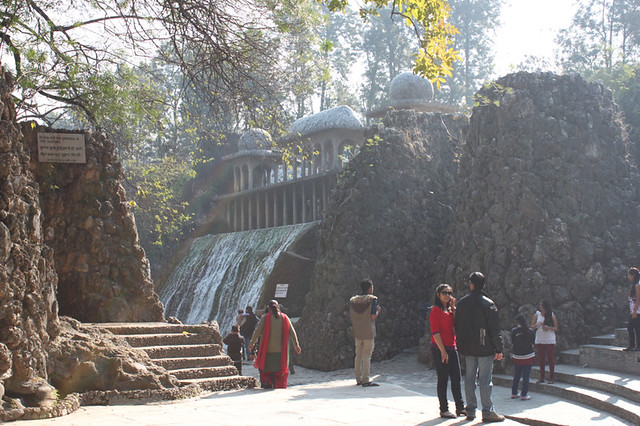 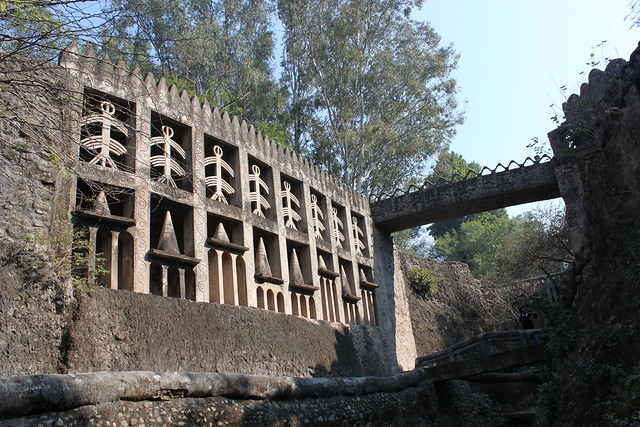 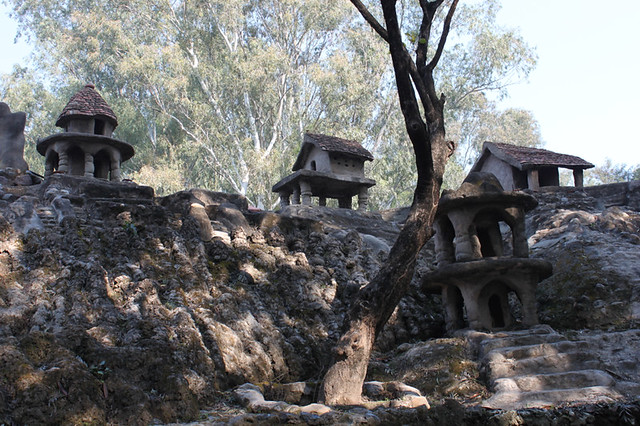 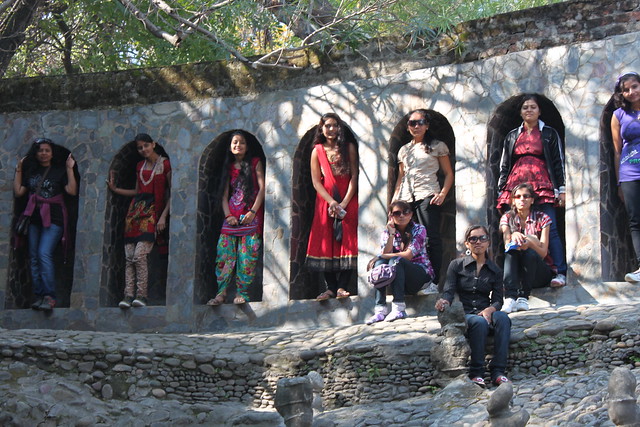 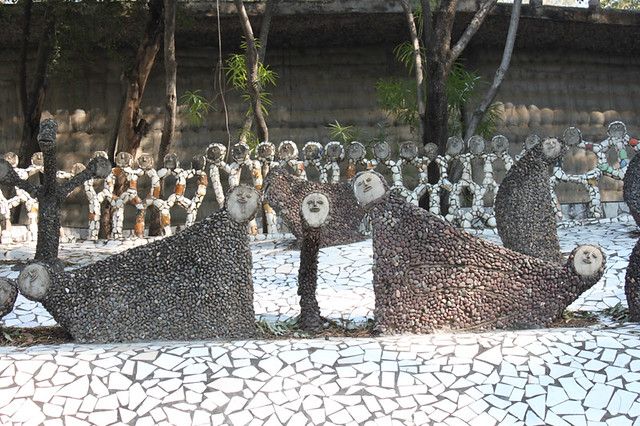 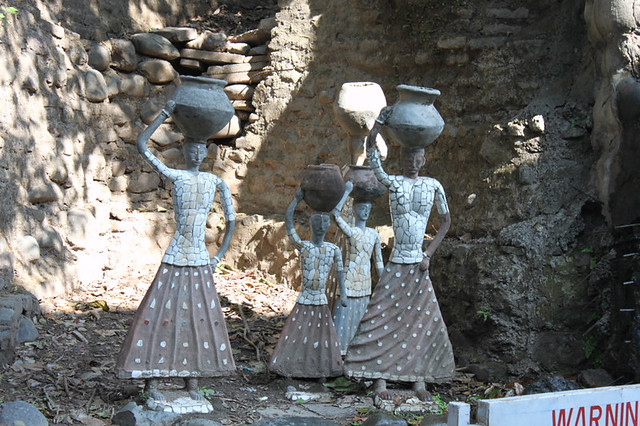 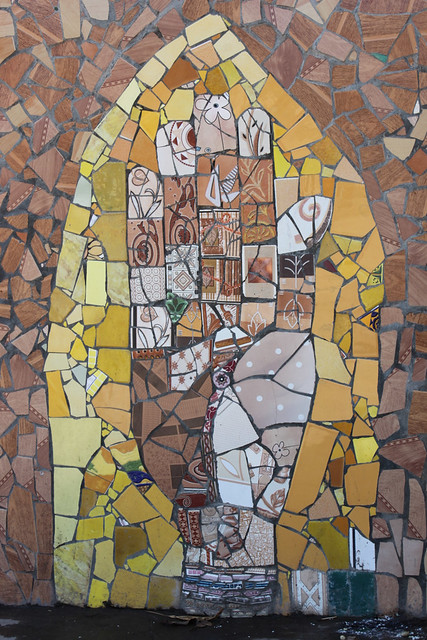 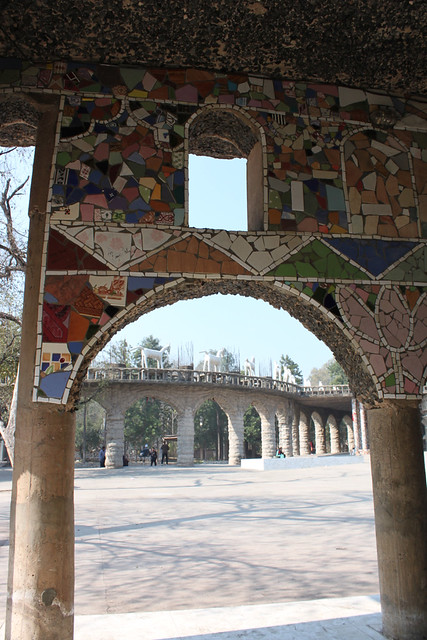 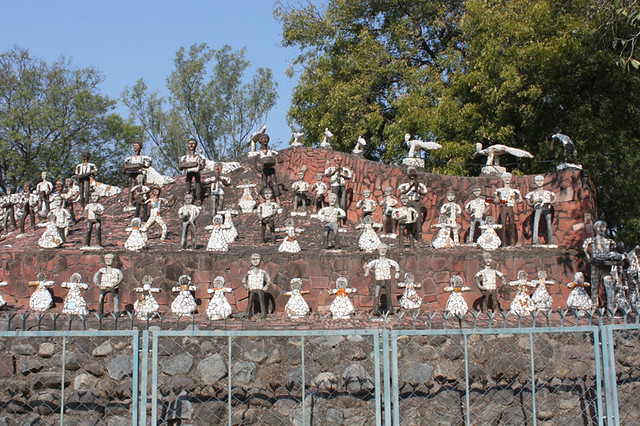 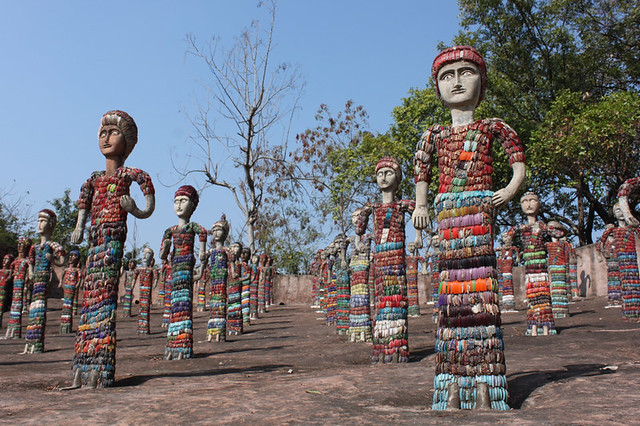 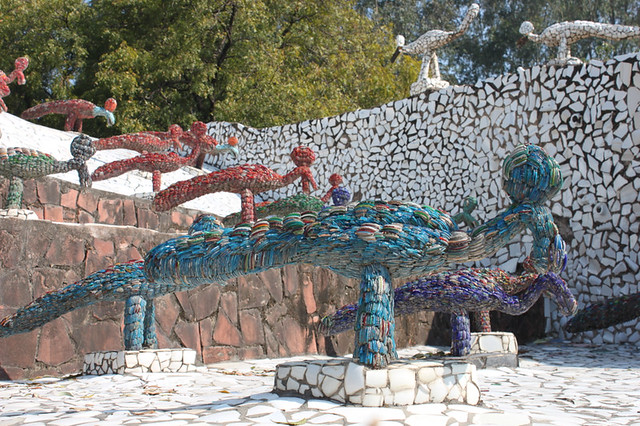 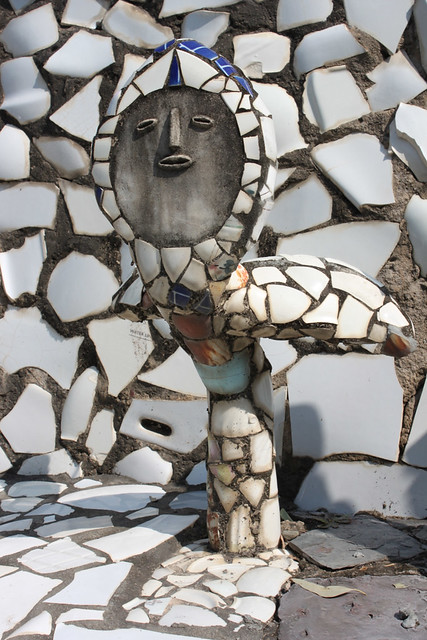 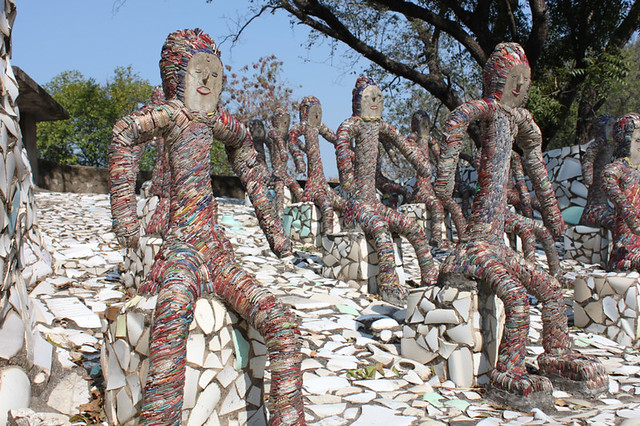