A few “entertainment” photos from my archives 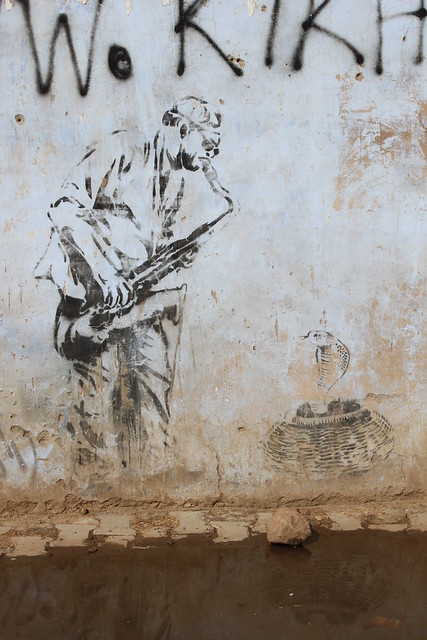 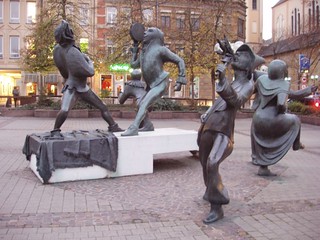 a group of sculptures in Luxembourg’s Place du Théâtre 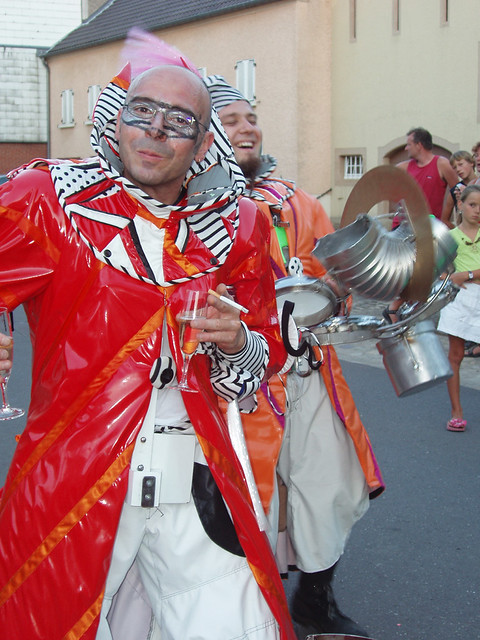 colourful characters in Beaufort dispensing good will and alcohol 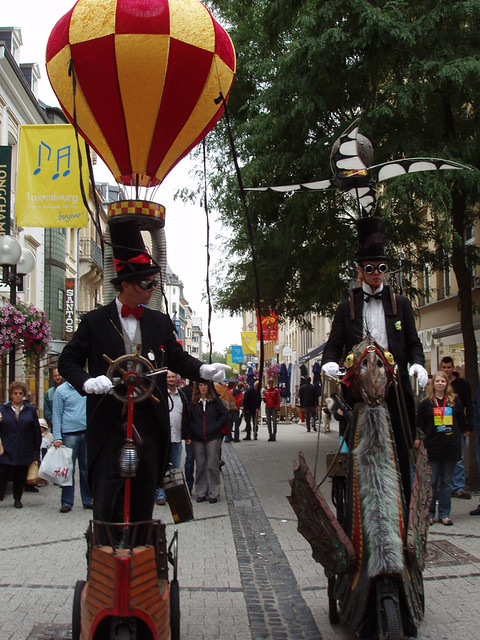 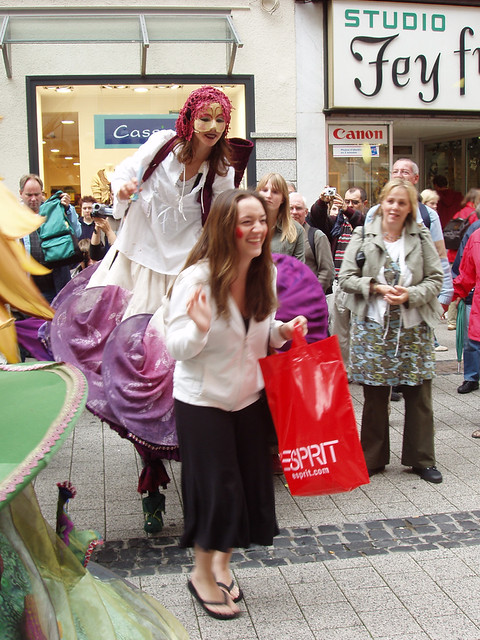 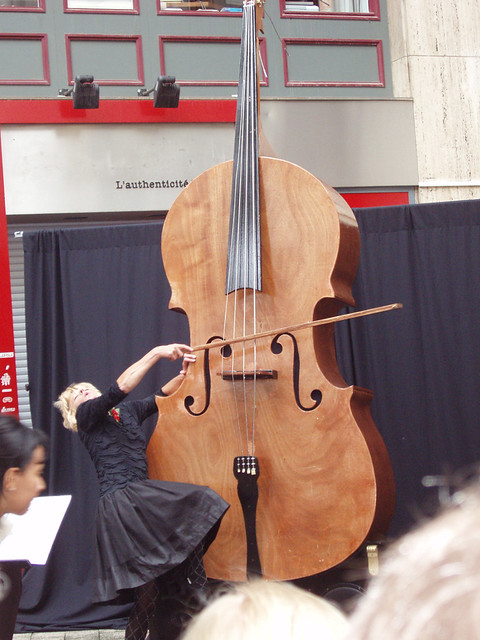 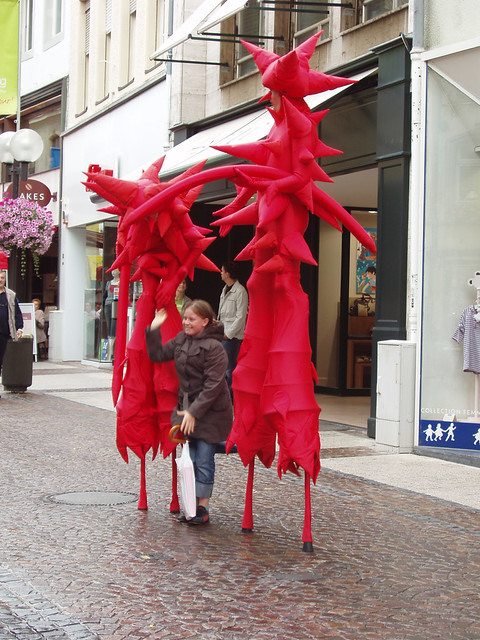 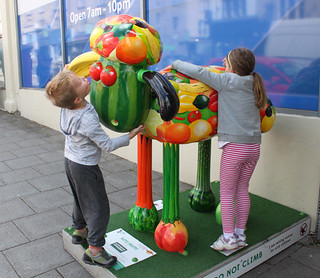 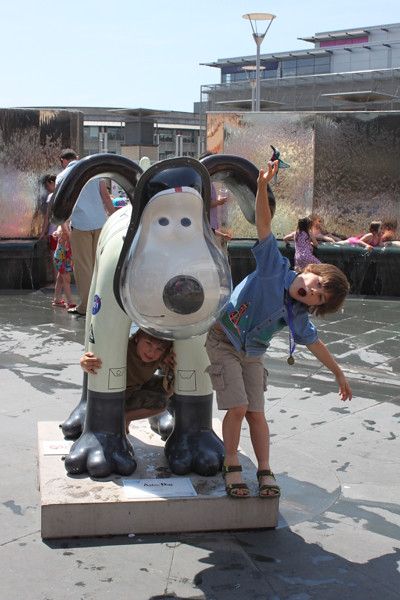 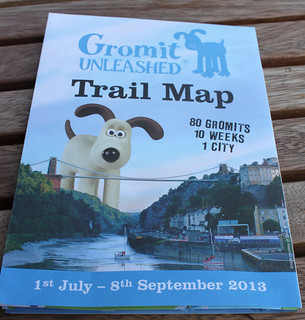 Every couple of years Bristol organises a festival to raise money for the Children’s hospital. Much like the elephant or gorilla parades seen elsewhere in the world Bristol makes use of well known-characters. Blanks are sold to local businesses to be decorated and they are then placed in different locations around the city. A map is provided so that you can visit them all and the figures are of source of entertainment to the children (and adults). In 2013 the theme was Gromit, who features in the cartoons, created in Bristol, called Wallace and Gromit. In 2015 it was the turn of Shaun the lamb (note the play on the words for ‘shorn’).