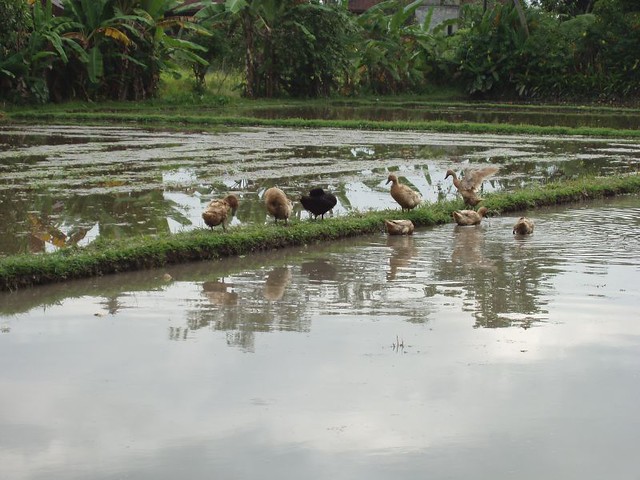 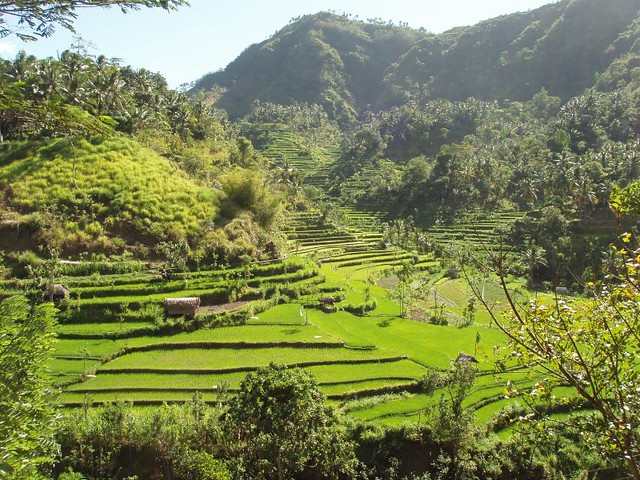 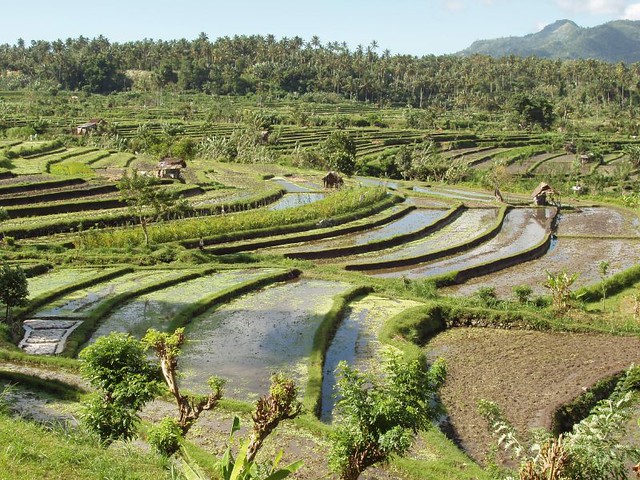 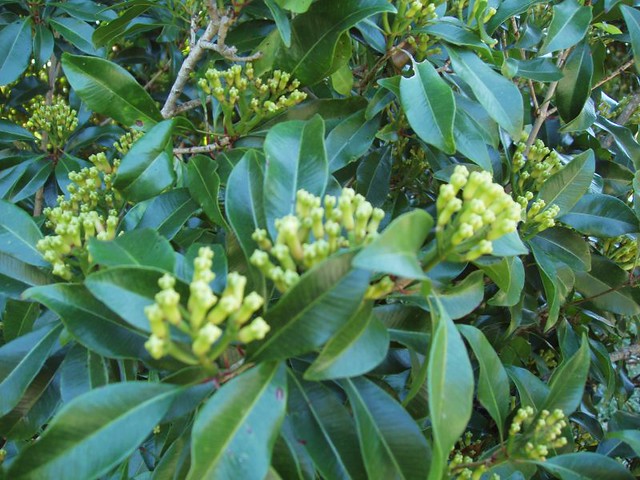 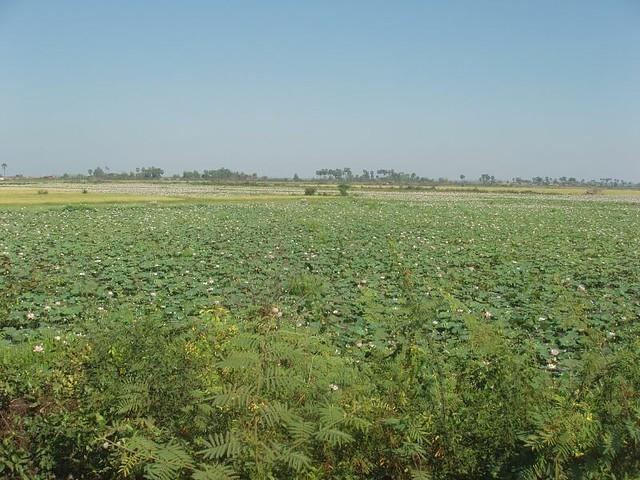 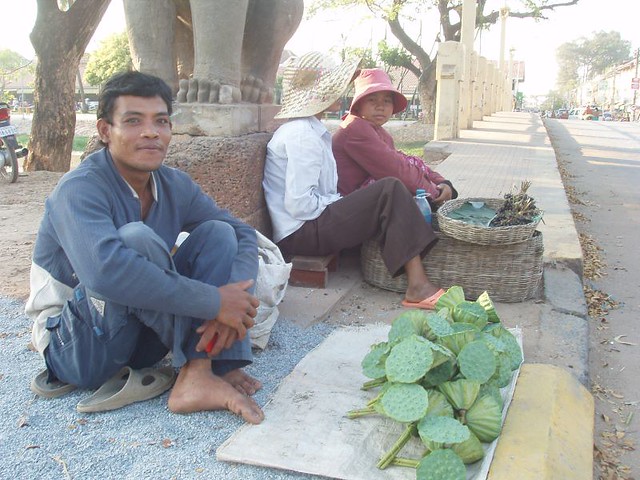 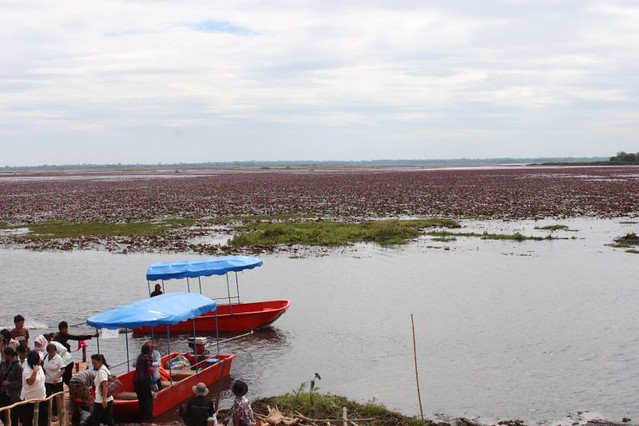 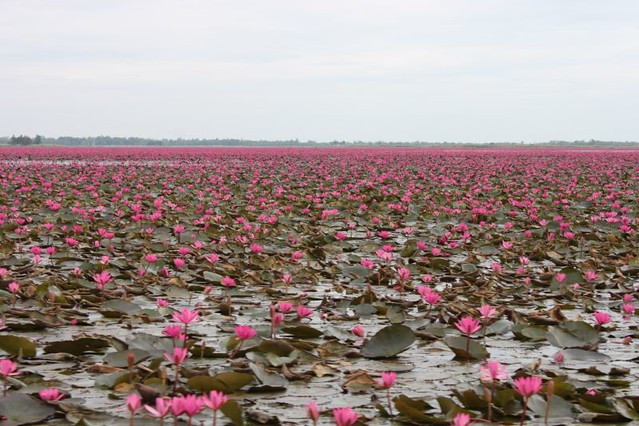 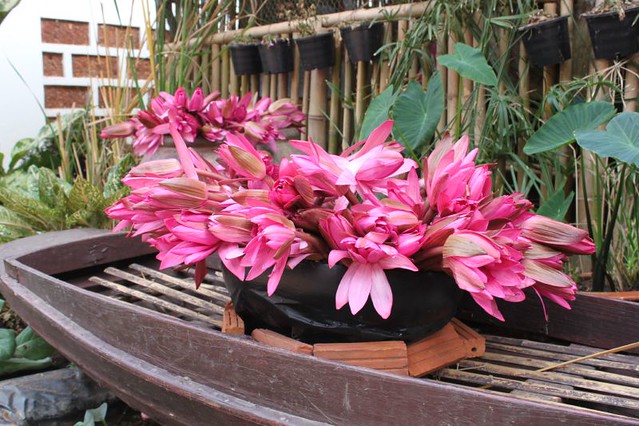 this lake of pink water lilies in north eastern Thailand is not only a tourist attraction (people come from miles around to see them) but the plants provide floral offerings for the temple as well as the roots and stems for eating.

Away from the hustle and bustle of city life in the capital of Denpasar, life goes on in the countryside as it must have done for generations. Terraced rice paddies where ducks paddle and splash, groves of banana, orchards of small bitter oranges like tangerines, mangoes, spices, coffee, and coconuts.

Farming on the valley floor near Mt Agung (an extinct volcano)

kite flying in the paddy fields

ducks in the paddy fields

lots more ducks, this time in a paddy field that has already been harvested

water pumpkins growing on a vine; apparently they don’t taste of much but are used to fill out stews, etc.

a coffee bush. As the bushes are very sensitive to strong sun they are always planted under trees like mango or cacao to protect them

cloves, these are still in the early stages of growth and will later turn red

whole nutmegs in their shells (left) cinnamon in its natural form when it has just been stripped off the tree (centre), in dried form (right)

a chempadek fruit (member of the jackfruit family)

snake fruit, so called because their skin looks like snakeskin. I had a nasty allergic reaction when I tried these.

Before going to Bali and coincidentally reading the book “Nathaniel’s Nutmeg” I hadn’t realised that the Indonesian archipelago were the original spice islands. The English and Dutch raged a long and bloody battle to gain power over these islands and the valuable trade in spices (particularly cinnamon, cloves and nutmeg) carried out by the British and Dutch East India Companies. The Dutch proved the more powerful and remnants of their occupation can be seen in the north of the island (which we didn’t get to).