I-Spy with my little eye

The latest visual prompt to come from Tangie Baxter in her 2014 Art Journal Caravan online course was called I-Spy.

If you grew up in the UK in the 1950’s and 60’s you may remember the little books called I-Spy. I-Spy appeared in the United States on similar lines.

The I-SPY Tribe was based on the I-SPY Books, some forty small volumes that sold in hundreds of thousands. Each book covered a subject such as I-SPY Cars, I-SPY on the Pavement, I-SPY Churches, I-SPY on a Train Journey, etc. As children spotted objects such as coalhole covers, oak trees, semaphore signals, fire engines, whelks, and so on, they recorded the event in the relevant book, and gained points. Once the book was complete, it could be sent to Big Chief I-SPY for a feather and order of merit.

I managed to get a couple of these coveted badges.

If we didn’t have the books to keep us amused there was always the game, which started (often in a singsong voice) “I spy with my little eye something beginning with …..” and then everyone joined in by trying to guess what the object was that began with that particular letter that the person was looking at. The one who guessed correctly started off the next round. Letters were usually chosen at random.

This is my response to the prompt 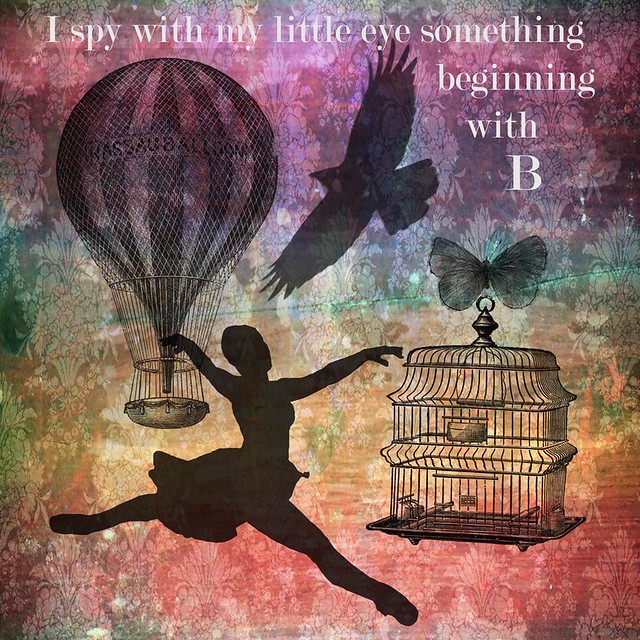 Word games like this were a very good way of encouraging children to be more observant and it helped improve their vocabulary.

My favourite word game was one called “the Parson’s cat”. Participants worked their way through the alphabet as follows:

(as far as I can remember in our household the Parson’s cat was always a male).