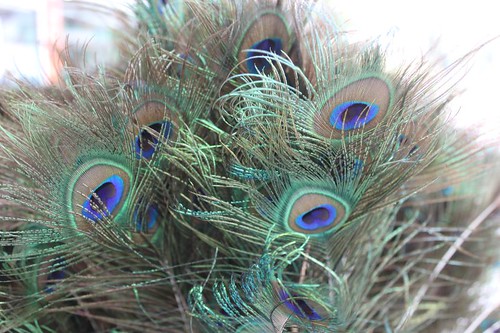 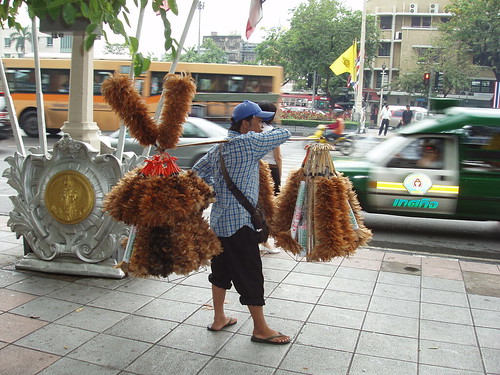 a feather duster seller in Bangkok 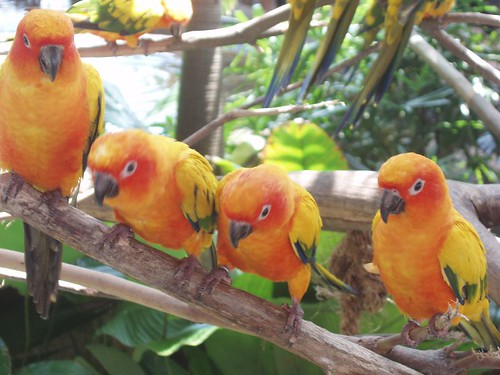 birds of a feather in Singapore’s Jurong bird park 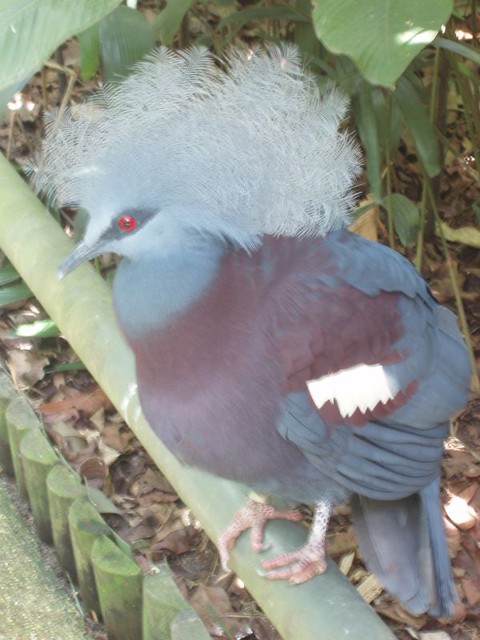 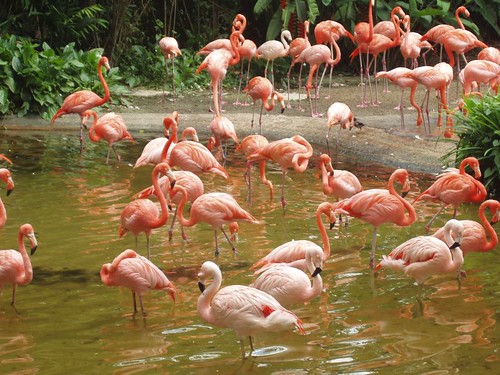 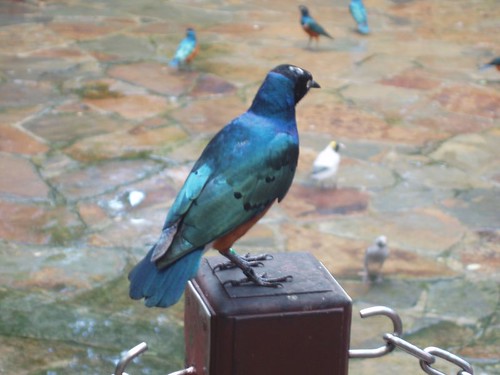 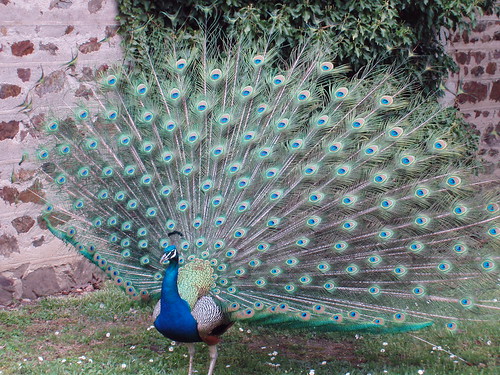 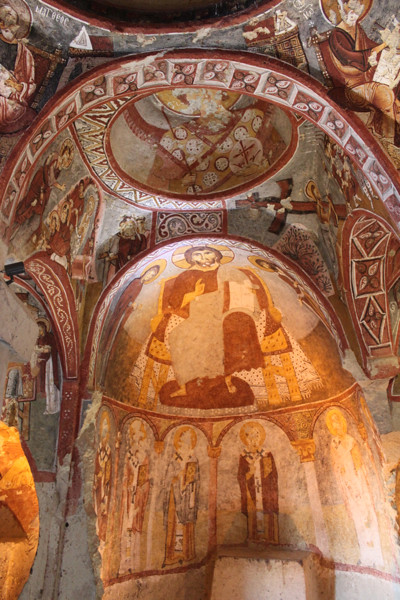 interior of the ‘Sandals’ church at Goreme, Cappadocia 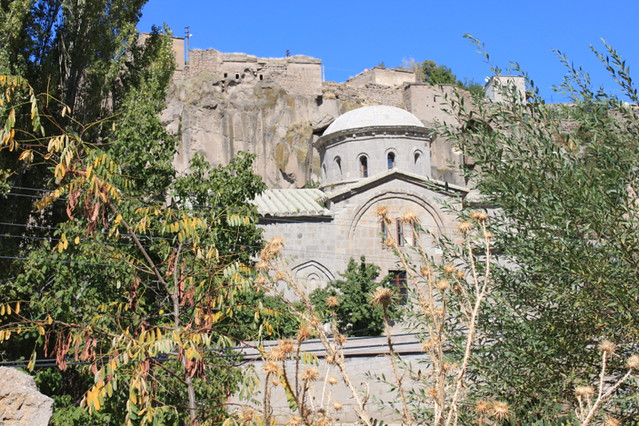 Guzelyurt, Cappadocia, a Christian church converted to a mosque 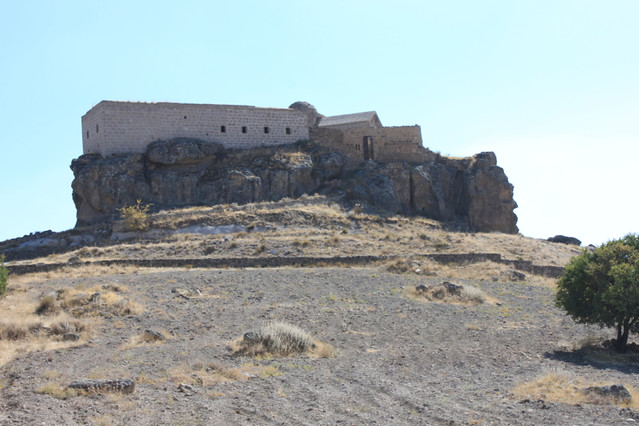 a hilltop church near Guzelyurt, Cappadocia 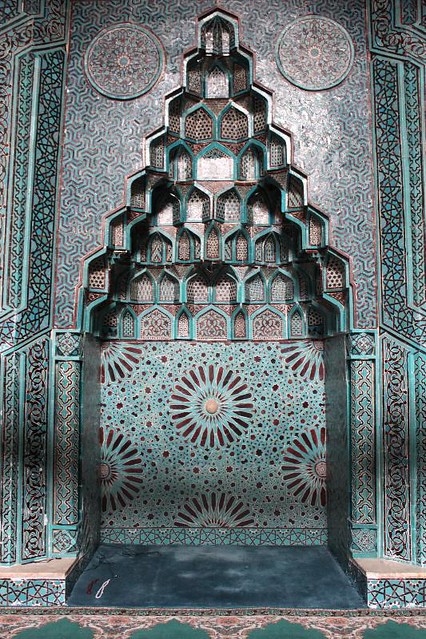 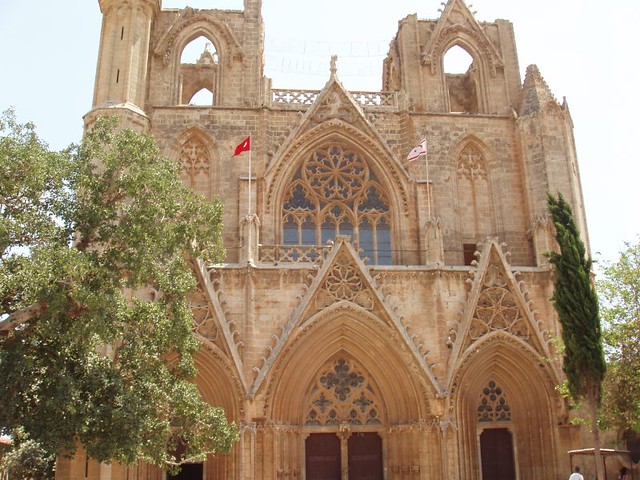 the cathedral in Famagusta has now been converted into a mosque 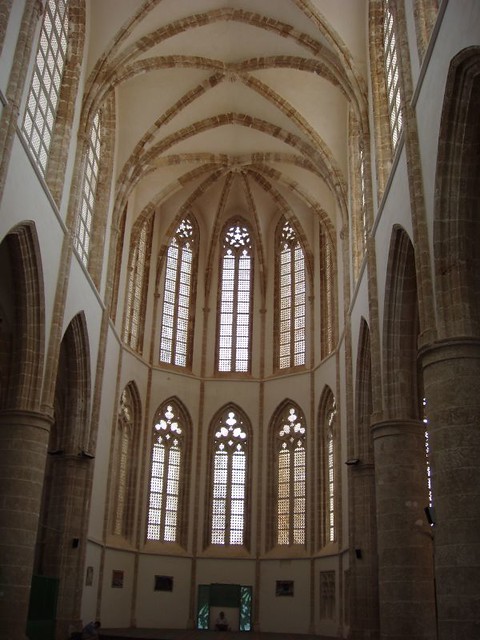 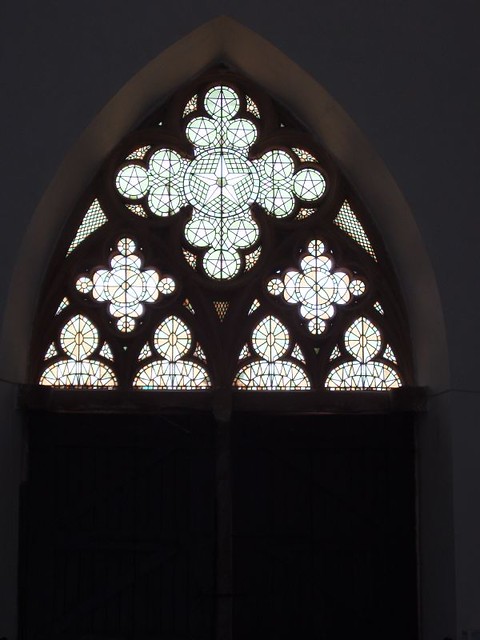 the interior – to our eyes, it looks bare. Gone are the stained glass windows replaced by plain glass with geometric designs and the pews have been replaced with carpets 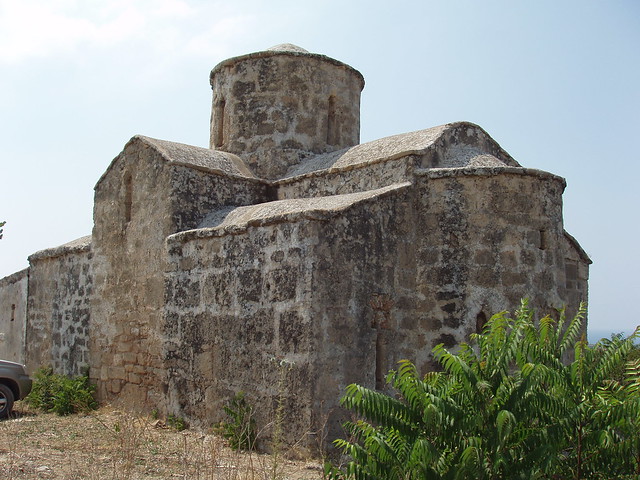 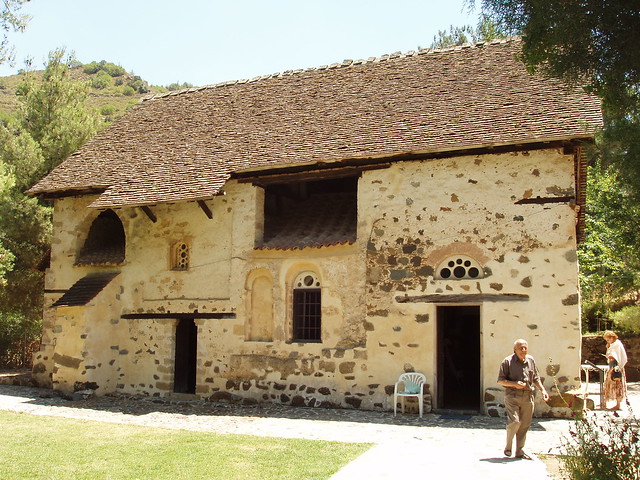 St Nicholas of the cats, Southern Cyprus. It has an unusual double roof.

What church or other religious building did you share with Cee? 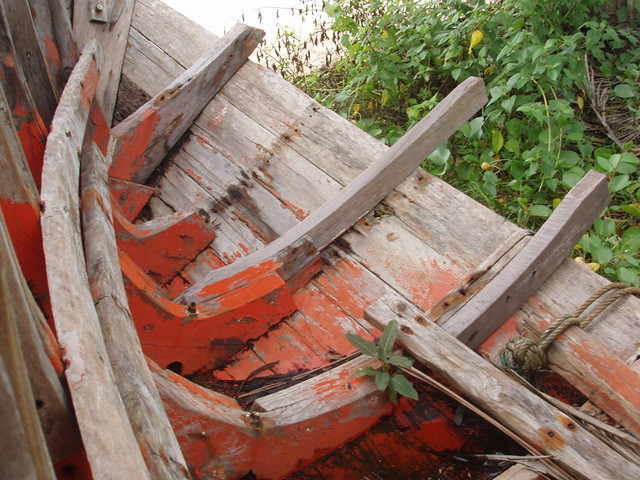 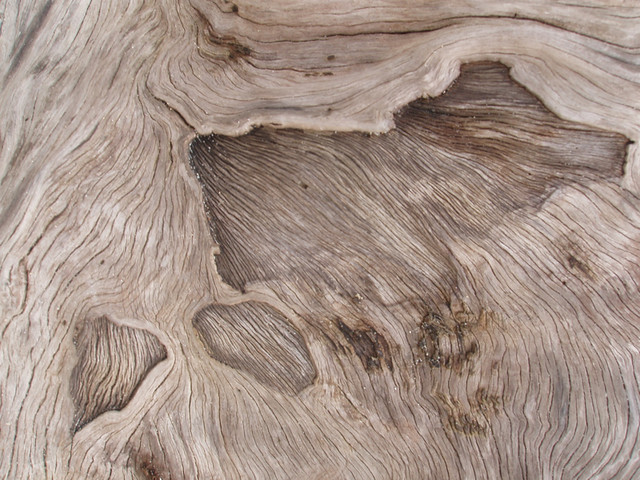 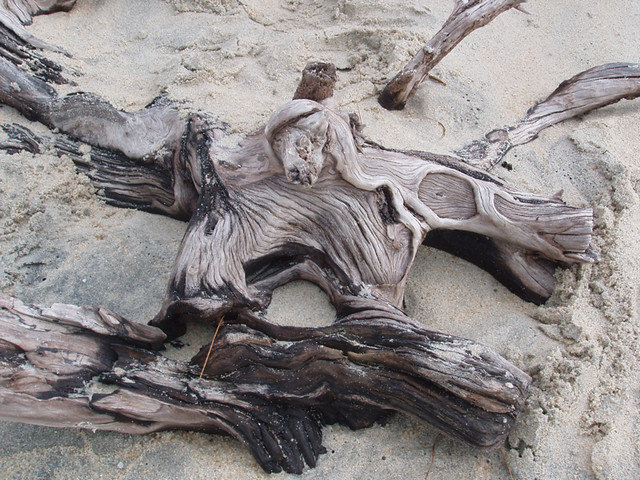 Markets are wonderful places to take photographs. Invariably you can find everything under the sun and in all possible shapes and sizes. Turgutreis market in south western Turkey proved to be just such a place for Cee’s latest fun foto challenge. 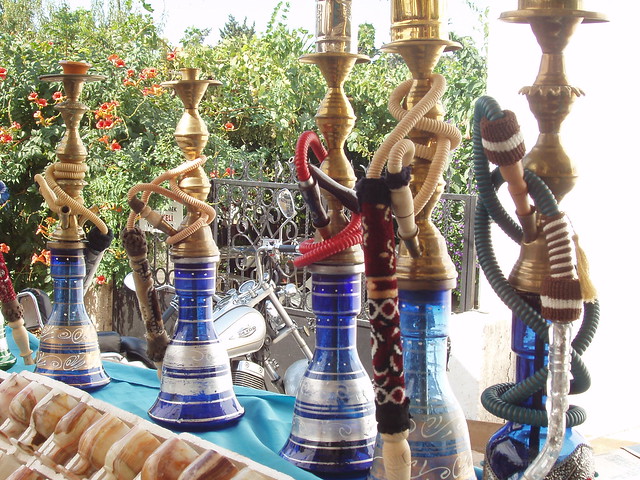 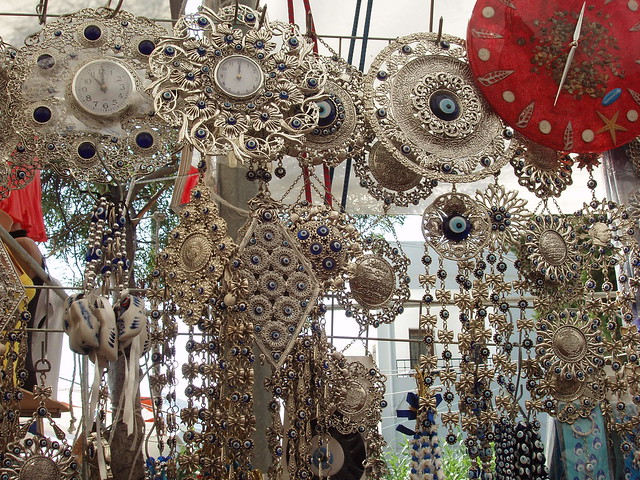 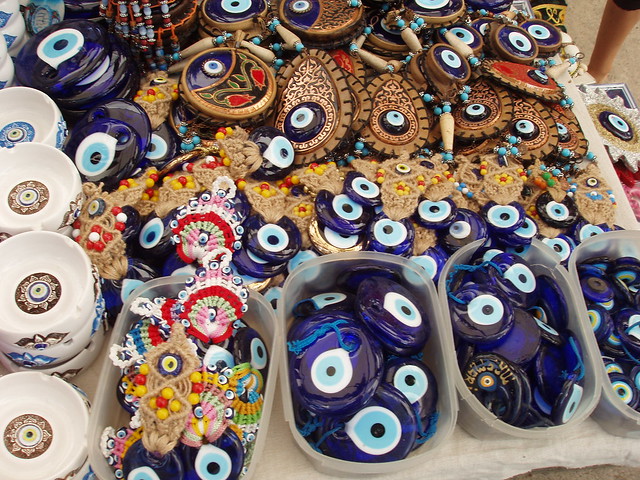 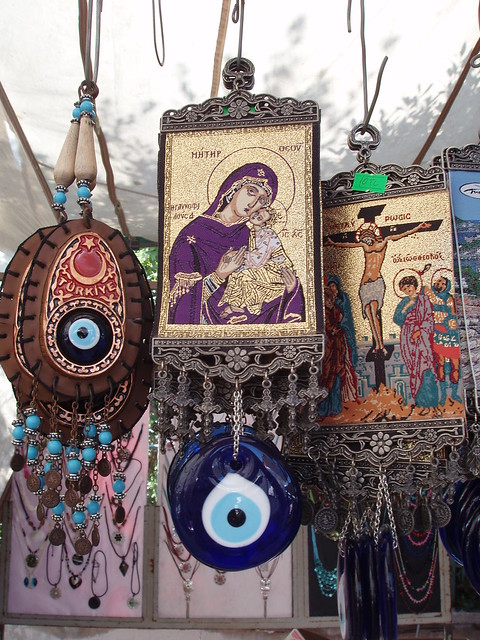 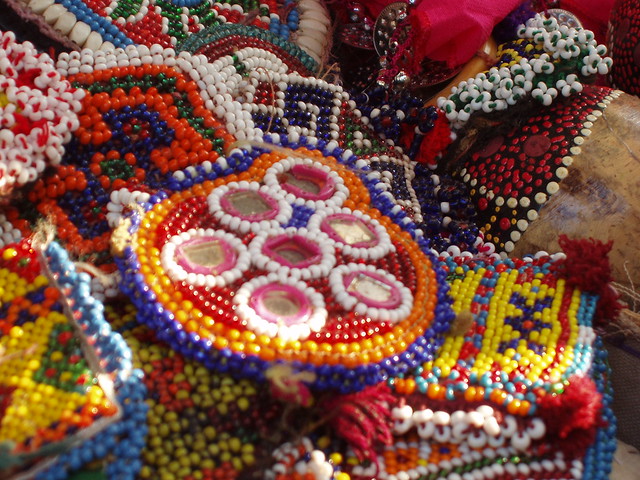 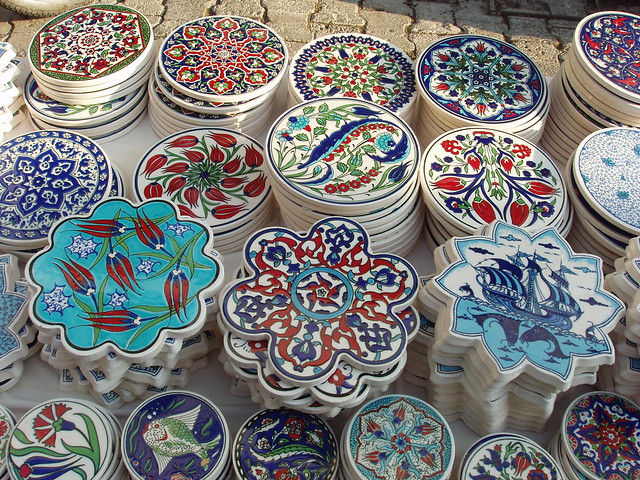 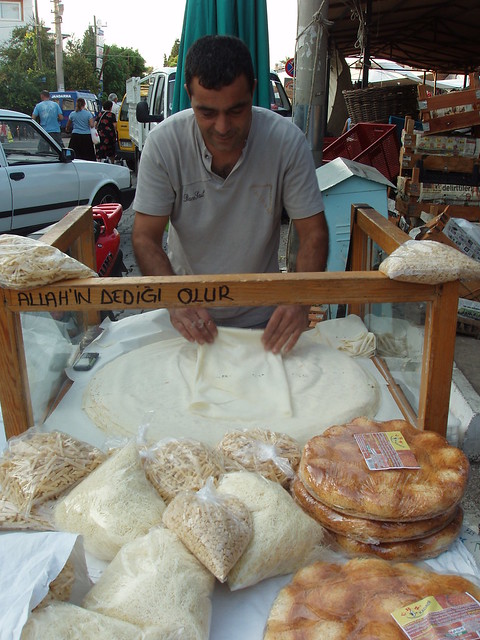 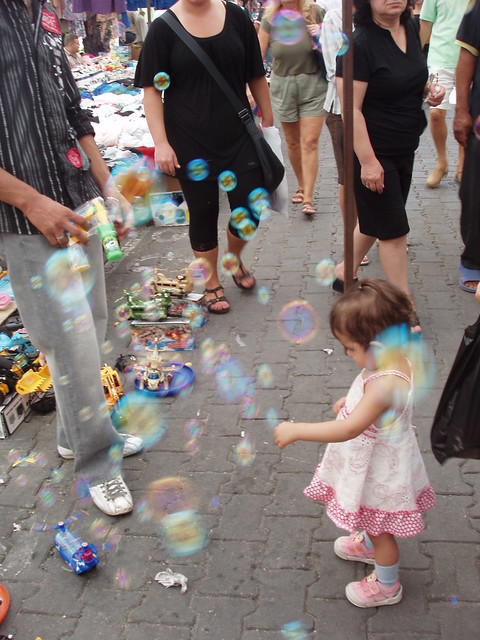 Cee’s latest fun photo challenge was to walk 100 steps or less and take new photos. I was on holiday at the time so these photos were taken from within 100 steps of our beach bungalow.

To the right of the bungalow was the garden planted with lush greenery – spider lilies,

the architectural fans of palm leaves,

To the left of the bungalow was an area of uncultivated land separating the half of the resort we were staying in, from the main area with its reception, restaurant and pool areas. As I walked down the lane at the back of our bungalow I came across a huge spider’s web with a fearsome yellow and black specimen watching over it. The spider’s body was about 2 inches long and the legs about 4 inches.

A young tree with shiny green foliage had small white flowers and green fruit which look, in their early growth, like overgrown blackberries. As they mature, they enlarge to about egg size and take on a jelly-like appearance, almost transparent. I call this a Star Trek tree because such hideous fruit look as if they could only have been invented by aliens. Later on they will fall off the tree and squash unpleasantly beneath one’s feet.

Carefully looking where I was going – in case there were snakes or other unpleasant creatures waiting to pounce – I noticed a very small shrine at the foot of a tall tree with small leaves. Usually Bho trees are venerated with such shrines but I know that many of the trees in Thailand are considered to have spiritual attributes. This shrine – just a small platform – contained a bronze bell, a couple of seated bronze figures, a small lotus-shaped pottery bowl, a pile of cloth and a figure of man sitting on a horse, wearing a military uniform and sporting an impressive plumed helmet. Discarded figures of pink plastic with green glitter on them lay abandoned to one side.

A melange of letters and numbers from around the world:

sign outside a restaurant in the south of France, a rough translation: if you don’t peck at your food like a sparrow and if you enjoy your food, sit down at (our) table; we don’t stand on ceremony

my favourite – a gravestone in Trentishoe (north Devon, UK) graveyard – I think the stonemason may have consumed one too many ….

I never miss an opportunity to take photos of statues, carvings and sculptures…..

the Fonte Gaia in Siena

the Chimaera in Arezzo

wooden carving in the Dream Cafe in Sukothai, Thailand

figure carved on a door at La Scarzuola, Italy

does anyone know what this tree is?

For those to whom the winter seems overlong, here are some of my Spring photos:

a carpet of bluebells

Cee’s post has lots of links to other Spring images

The question is not what you look at, but what you see – Thoreau
Create a free website or blog at WordPress.com.
Loading Comments...