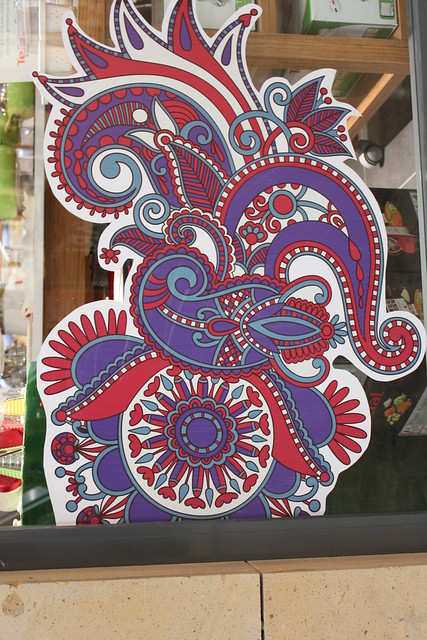 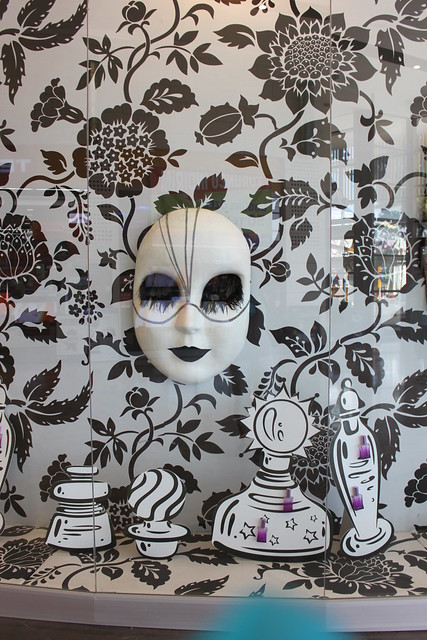 I found these in a shopping mall near Tarsus in Turkey 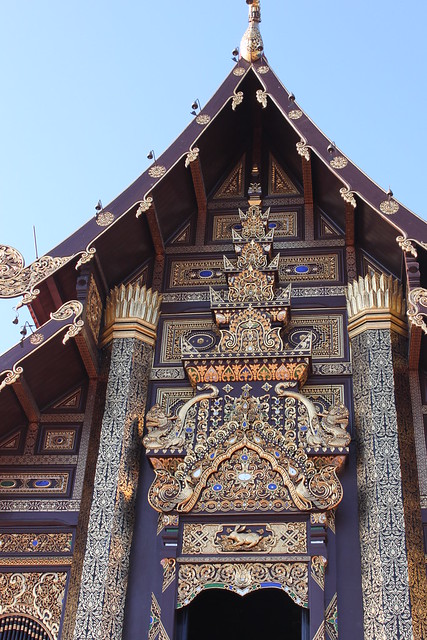 the Royal Pavilion at Chiang Mai 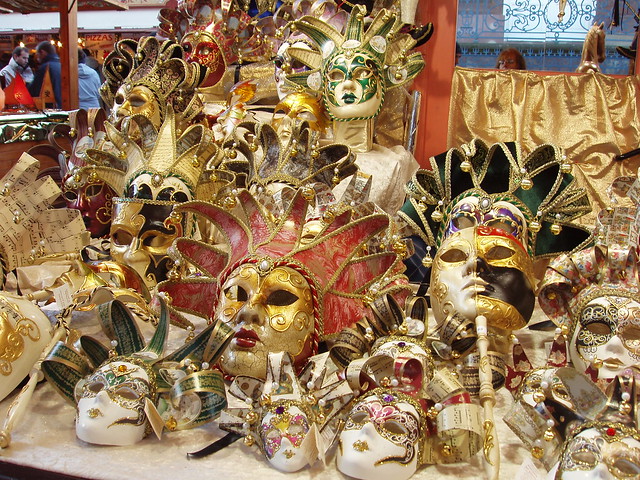 Venetian masks on sale at the Christmas market in Strasbourg 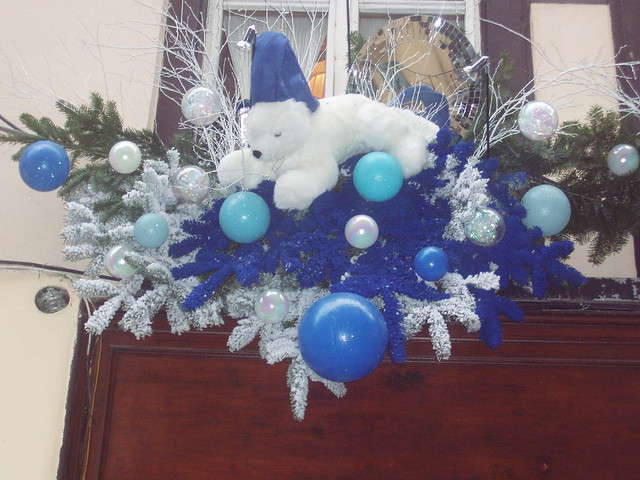 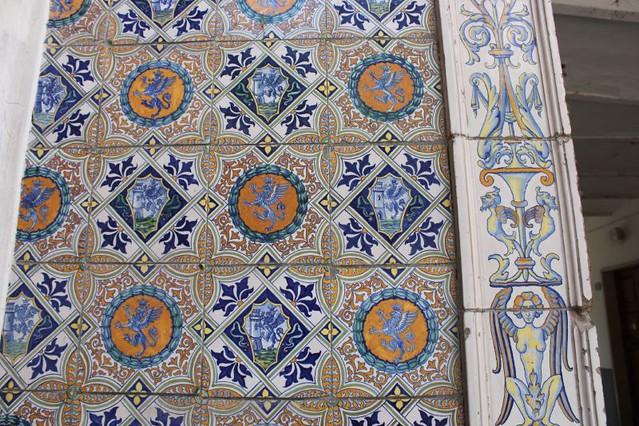 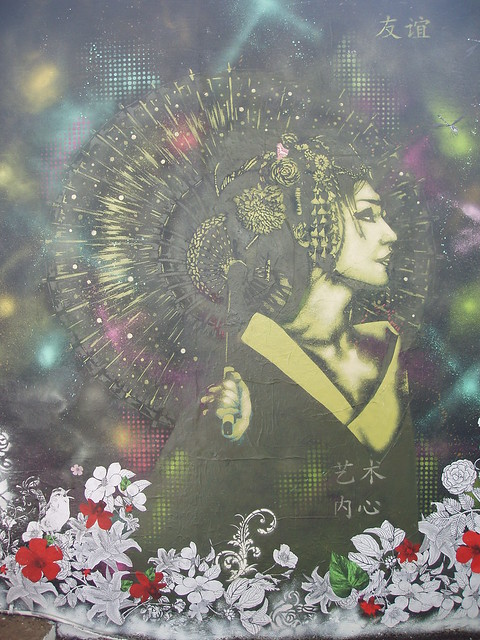 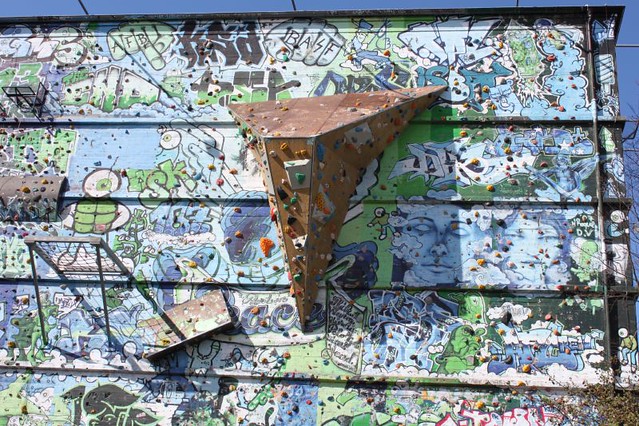 graffiti – decoration or desecration? this is a climbing wall in Hamburg

In 1994 I went to an exhibition of ceramics from Deruta and was subsequently given a couple of pieces. Ever since then I had harboured the hope that we might one day visit the town and find out more about the ceramic production there. The town has a long history of producing the famous maiolica or majolica ware and indeed continues to be known for producing some of the finest ceramics in Italy.

Before visiting Deruta itself we went to visit the santuario della Madonna dei bagni (the sanctuary of the Madonna of the baths) a couple of miles outside the town, where more than 600 ceramic votive plaques are displayed, an exceptional display of faith and art of the people which spans more than three centuries.

The plaques on display and offered ex voto depict the miracles for which the votive is being offered, and many bear the initials “PGR” (per grazia ricevuta, for grace received), “VFGA” which stand for the Latin Votum Fecit Gratiam Accepit (Vow made, graces received), or simply “E.V.” for Ex Voto (for a vow fulfilled).

It is said that it all began with a local merchant from nearby Casalina, who found a fragment of pottery which had a portrait of the Madonna painted on it. Worried it might get broken, it is said he nailed it to an oak tree. The merchant returned to the tree a few years later to pray to the Madonna for his gravely ill wife. After he returned home, he found his wife completely healthy, and in gratitude he commissioned the first votive tile to give thanks for giving his wife back her health. The original fragment is now included in the main altar.

In 1980 many of the tiles were stolen although many of them have since been returned. From photographs taken prior to the theft it has been possible to make copies of many of the stolen ones. They are an extraordinary social document providing information on clothes, activities, and household objects. Climbing and falling out of trees (obviously while harvesting fruit or olives) was a major hazard as was being trampled underfoot by a farm animal. Later, more modern causes of death – car or bike accident – were depicted. Illness was another reason for commissioning a tile and there are depictions of people in bed or vomiting.

some of the earliest ones

I am not sure what this one is for – a fight between farm workers?

This plaque from 1948 of a bicycle accident has a very modern feel to it.

This depiction of a tank from the war in Bosnia was particularly poignant.

It was interesting to note that the colours and styles have changed very little over the years.

a votive plaque from a whole town

Before you even enter Deruta you can see that this is a town devoted to ceramics.

Deruta itself, a town famed for centuries for its production of maiolica ware, was a feast for the eyes and almost every building seemed to be a shop selling maiolica ware; this term came to be used when describing ceramics made in Italy, lustered or not, of tin-glazed earthenware.

We entered through the gate of St Michael and there were ceramics everywhere – on the walls and over arches, in the form of plates or plaques

where most of the ceramic producers had their businesses years ago. Now most of the producers are based in the lower, more modern part of town but some of the old ones still have their premises here.

Unfortunately, in spite of our careful scheduling to avoid visiting on Monday when the museum was closed, the museum was also closed on Tuesdays. We did, however, manage to visit the antica fornace Baiano, which I’d read about on Trip Advisor.

The business has been in the family for several generations and they had unearthed an Etruscan kiln dating back many years in the lower part of their house. They had a stunning collection of old fragments and whole pieces of pottery and some fine example of apothecary jars.

We were then shown some of the original water colour designs done by the grandfather as well as the finished pieces and the water colours were works of art in their own right.

the old and the new

the lady working there showed us some of the designs marked out on tracing paper. Using a needle to prick holes following the lines on the paper she then held the paper on to the vase and, using a cloth “pouncer” filled with charcoal she burnished the outlines on to the vase.

After that she would laboriously hand paint all the rest of the design. No wonder they’re so expensive!

some of her plates for sale

As we were walking out of the main square we saw the reproduction of part of the pavement from the church of San Francesco, the original now being housed in the museum. It was found, unfortunately only in part, beneath the flooring of the church in 1902. It consists for the most part of tiles in the shape of crosses and eight-pointed stars fitted together: In the former appear arabesques and foliage, while the latter contain figurative motifs such as prophets, muses, Olympic divinities, saints, allegorical figures and male and female profiles. It also features several depictions inspired by the frescoes in the Perugia Exchange, the famous series of engravings known as the II Mantegna tarots* and other graphic material. Blue-colored shades are in the clear majority and on the border appears the date 1524.