Welcome to Where Bloggers Create 2014, hosted by Karen Valentine, a blog event encouraging us to visit each other’s creative spaces around the world.

My creative space hasn’t changed much since I participated in WBC a couple of years ago except that it seems to have accumulated more clutter! I can never bear to throw anything away just in case it might come in useful.

However, the view from my window has changed since we did some major re-working in the garden. What was a lawn where no grass grew, because the soil was less than 10 inches deep, has been replaced with hip-high raised beds made out of the local travertine marble. These have been planted with roses, bougainvillaea and geraniums. 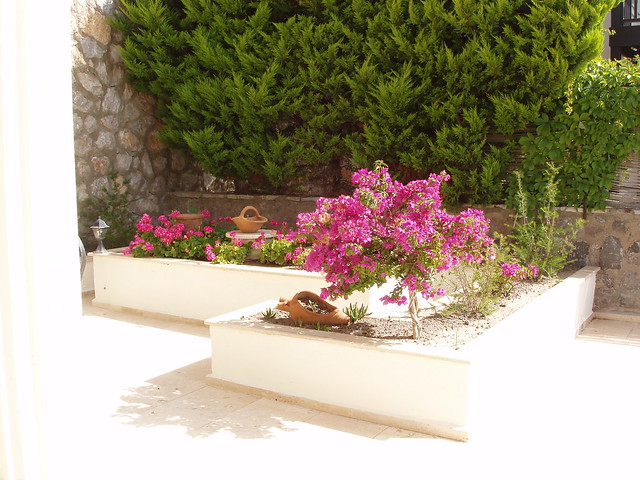 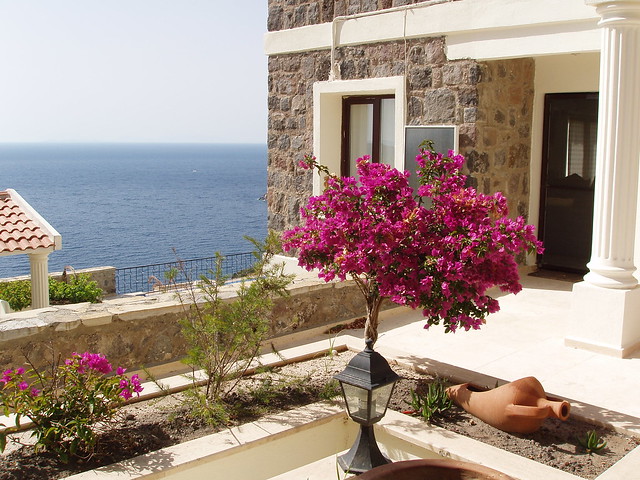 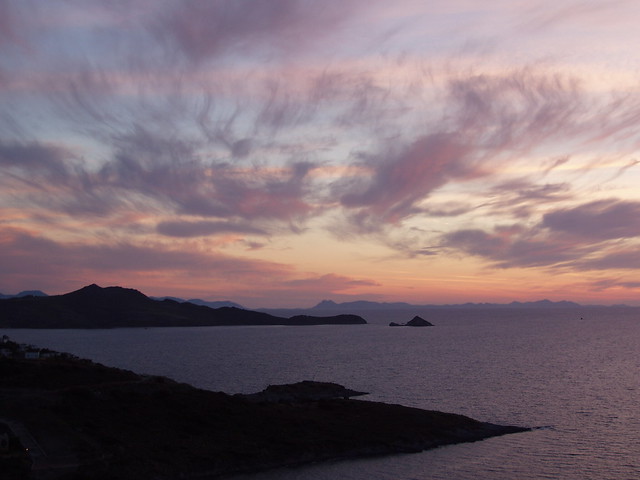 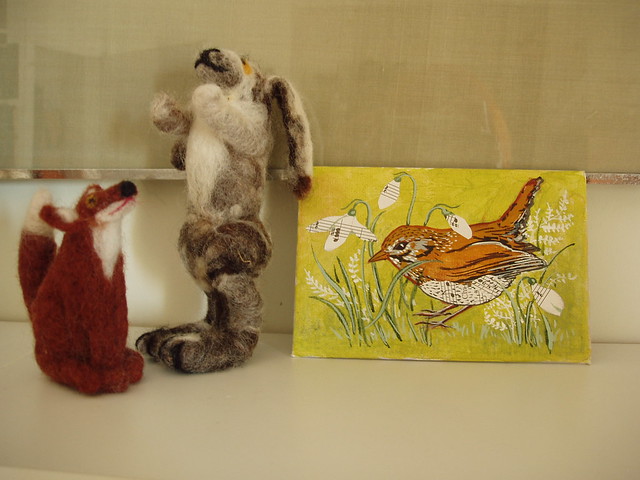 Some of my recent creations: 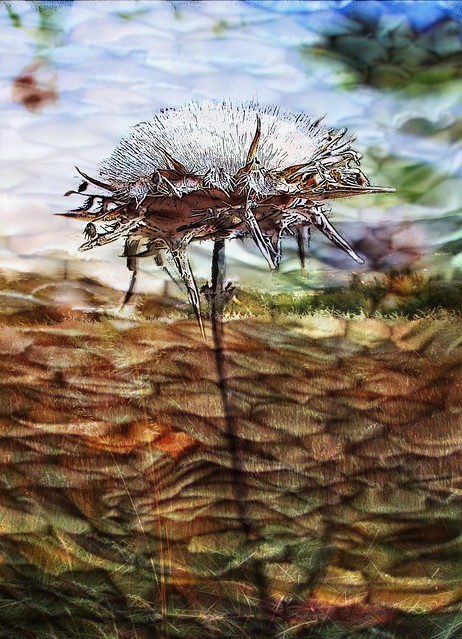 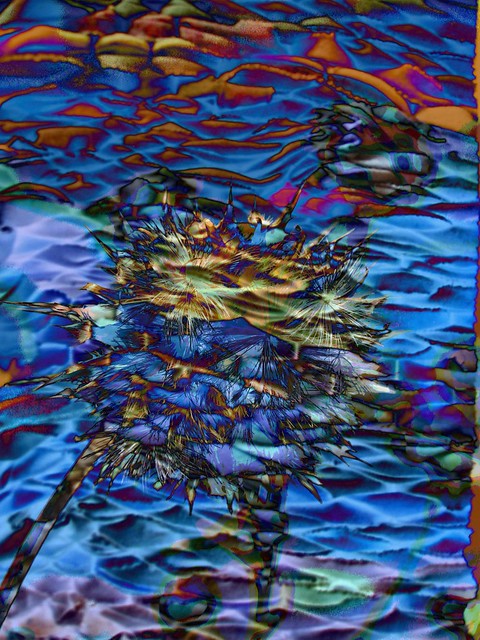 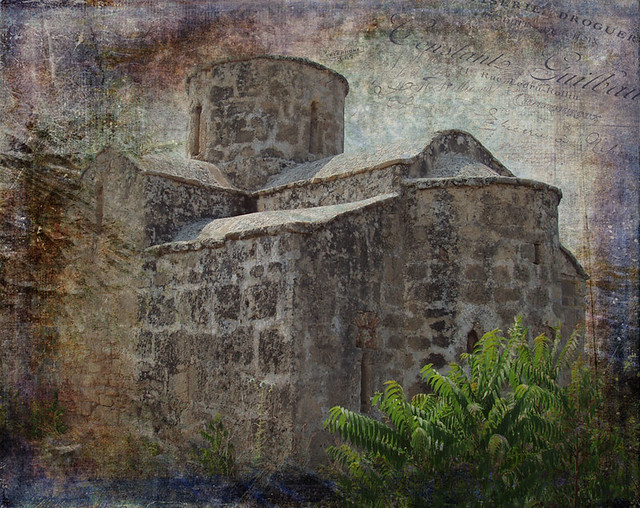 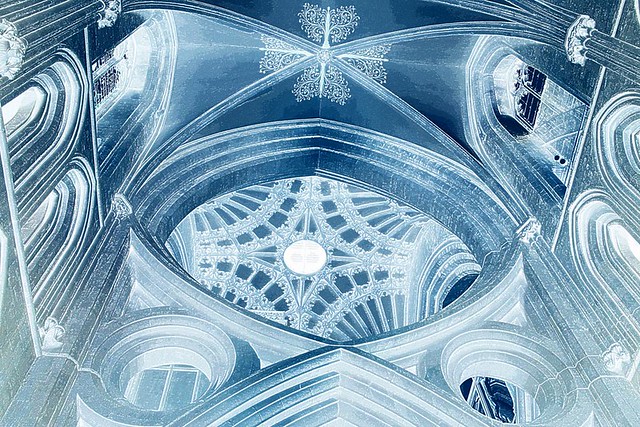 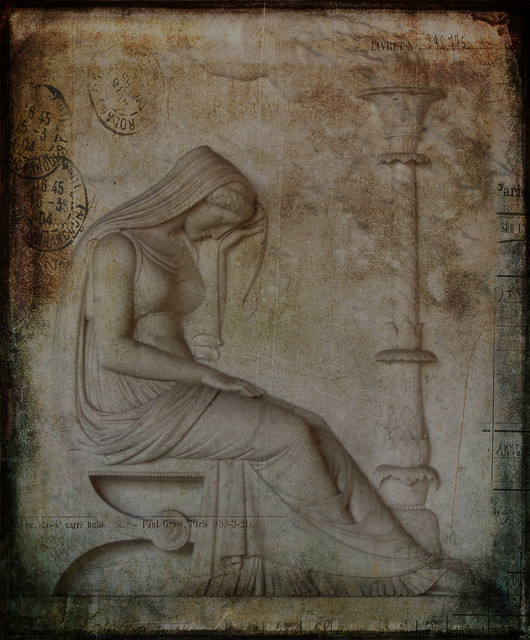 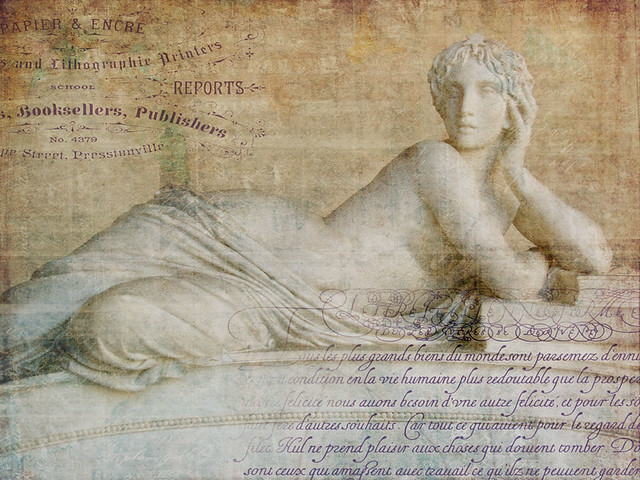 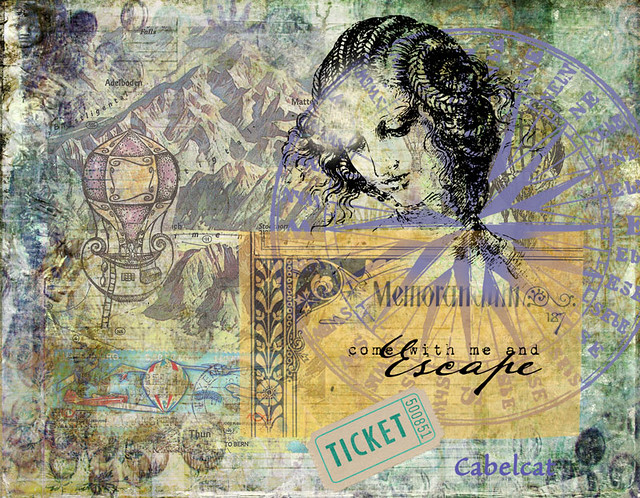 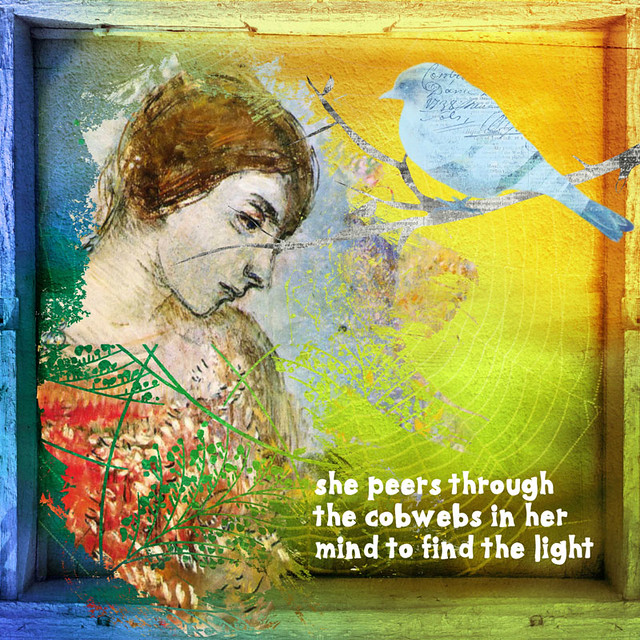 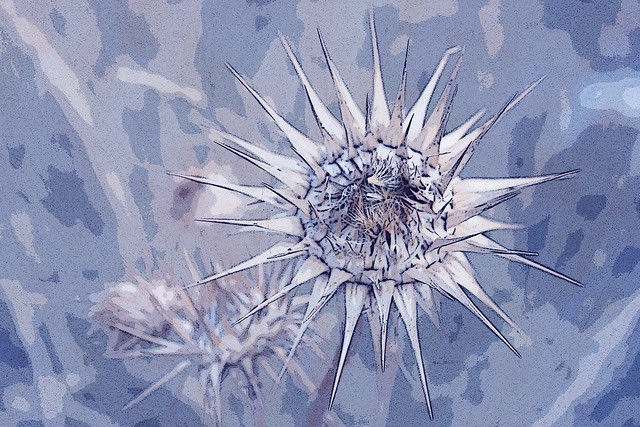 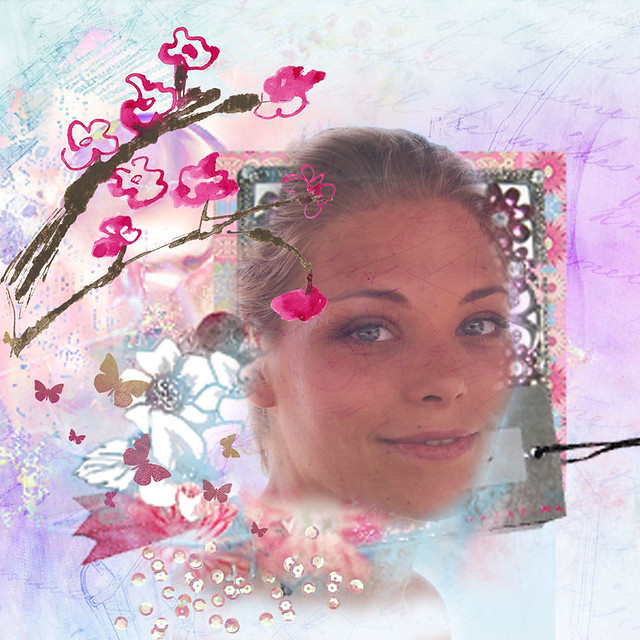 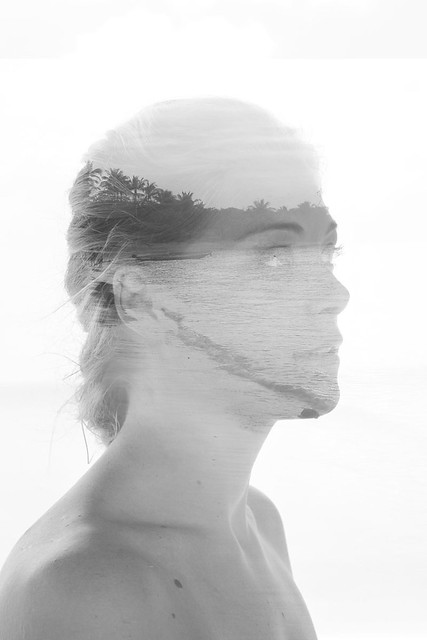 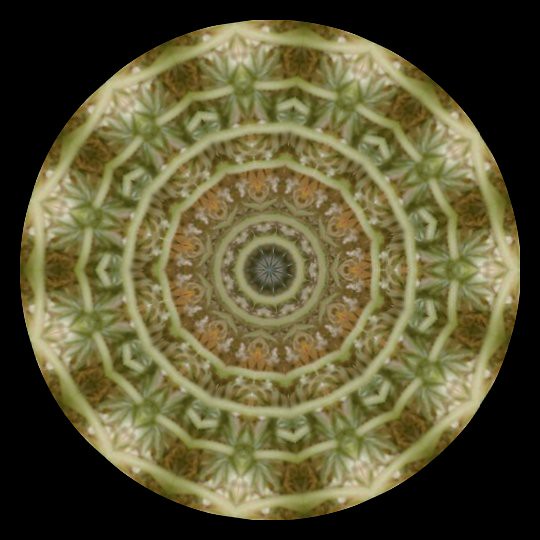 In the autumn I will be getting a new studio. This is what it looks like at the moment. Although the built-in cupboards will be very handy for storing (squirrelling away) my stash, it’s very ugly. I would welcome any suggestions as to what I could do to make it more attractive. At this stage I don’t think I’ll rip it out, I would prefer to live with it for a while before doing anything drastic. 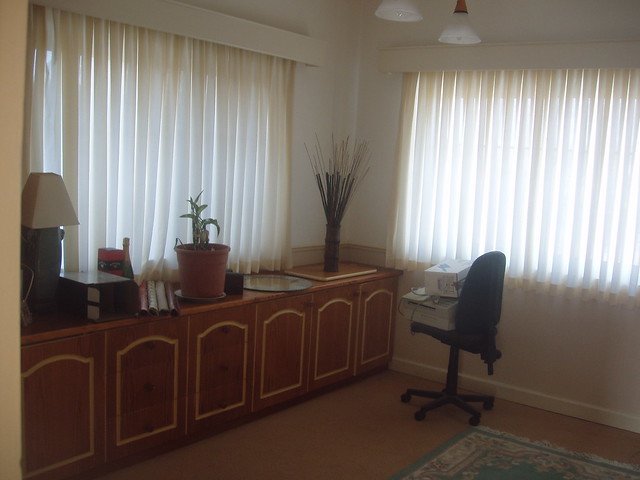 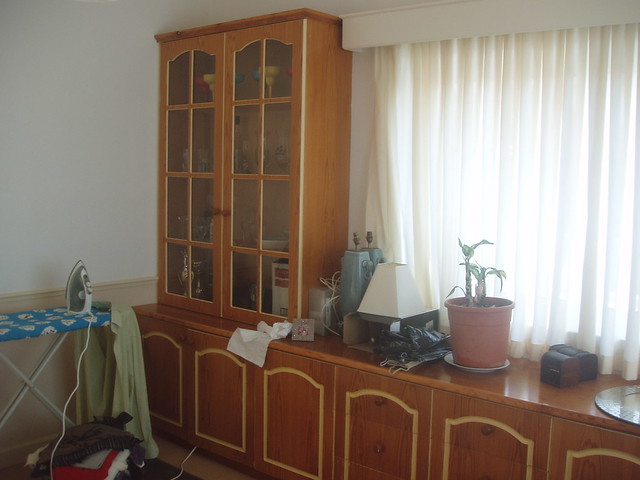 Ed came up with a new challenge this week: to modify in whatever way we choose, a photo he took. This is his original image 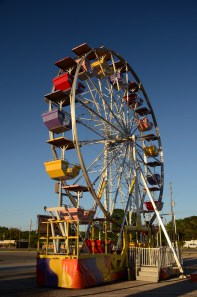 and this is what I did with it 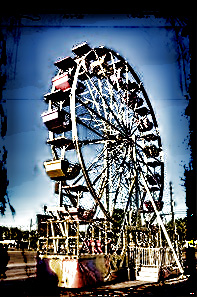 This week’s challenge over at Photo Art Friday was to share a piece of photo art that has been made using one of our favorite, “go-to” editing/processing techniques. That would mean that we each should also give a brief overview of our edits to the image, highlighting the one that is our “go-to” favorite.

I am still very much a beginner at manipulating photos so for the moment my “go-to” favourite seems to be using blending modes when I add textures to my photos. The texture I have added to this photo is one of my own. I have also used the airbrush function around the edges of the photo to give more definition to the edges.

These are the two images I combined. The calligraphy was on a plaque above the entrance to an old water cistern in south western Turkey.

Kim’s prompt for Tuesday 8th November was to use at least one of her textures and to create a piece based on the number 2, this could be interpreted in any way we liked.  This is my twist on the number two,  of my last cat, Sandy, reflected in the mirror so that there are two of him.

I have used pumpkin grunge and simple things textures

this is the original photo

I’ve always been a cat person and we have never been long without a cat. After Truffle died we thought long and hard about getting another cat as we had suffered many casualties on the road in front of our house. As we drove back from France we decided to call in at the local animal refuge to see if they had any cats that needed new homes. We were firm believers that a cat should choose you, not the other way around but on this occasion no cat came forward. There was a huge ginger cat that I liked the look of but he showed no interest when we approached him. As we were about to leave the people running the refuge told us they had a couple of new arrivals that hadn’t been put in with the rest of the cats yet. We took one look at the ginger cat and said we would take him. We hadn’t intended getting 2 but when we looked at his companion, an adorable calico cat, we knew we had to take her too. The refuge had named him Lorenzo which we didn’t like and I can’t remember now what her name was but we renamed her Pebbles. The vet later told us that she was older than he was and we have always wondered if she was his mother.

This is the two of them in a rare moment of togetherness.

Pebbles loved flowers and this is my favourite picture of her

Sadly we lost them both to illness and unfortunately our domestic circumstances – we travel a lot – mean that we cannot have a cat for the moment so we feed one of the local street cats instead and have had her neutered so that she won’t turn up on the doorstep with a litter of kittens that need homes finding for them. Here she is, looking pretty disgruntled at being interrrupted while breakfasting to have her photo taken.

why not pop over to the cafe to see what other people have done on this theme?

I have discovered a new website for displaying your digital art. It’s called Pixeldustphotoart and it hosts a weekly PhotoArtFriday challenge. The challenge for the first week of November 2011 was to do something out of your comfort zone or to try out a new technique. I found a tutorial for using the twirl filter in PSE . It was so easy and addictive that I tried it out on several photos.

From this rather blurred but colourful photo

and finally from this