We’ve been on our travels again recently so I have plenty of images to choose from for this week’s challenge. For the fourth Monday in the month the challengee (a word I’ve invented to describe the person responding to the challenge) can choose the theme. As Sally has just added a new category – photomontage – I’ve decided to run with that. 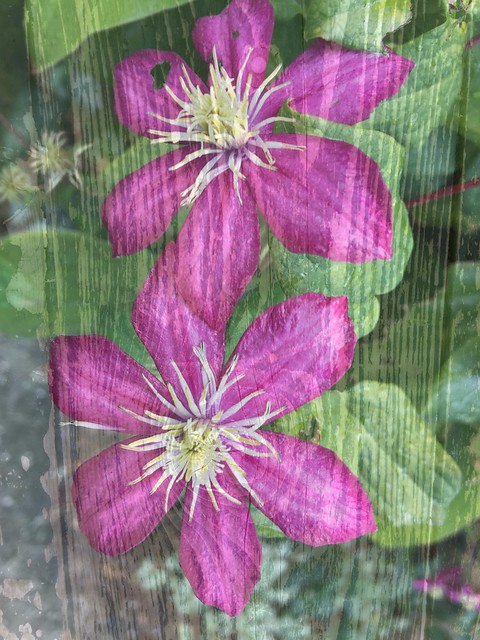 This is a very simple one, with the two images blended using the Superimpose app and I reduced the opacity so that more of the flowers is revealed than the wooden texture which forms the background. 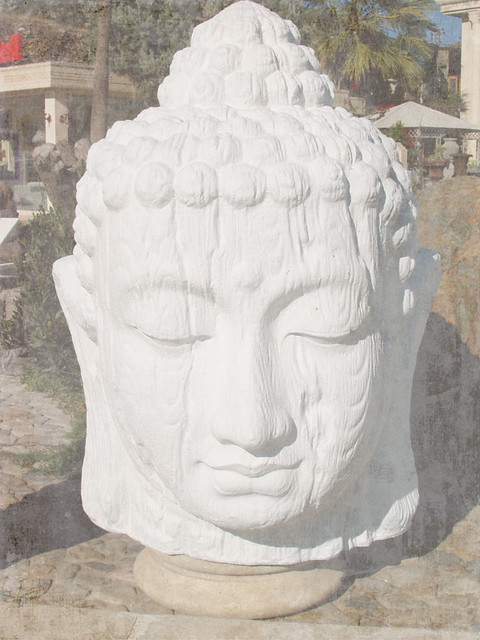 a Buddha head on sale in a high class interior decoration store near us. I used Kim’s Simple texture and reduced the opacity.

sharing with Kim and others 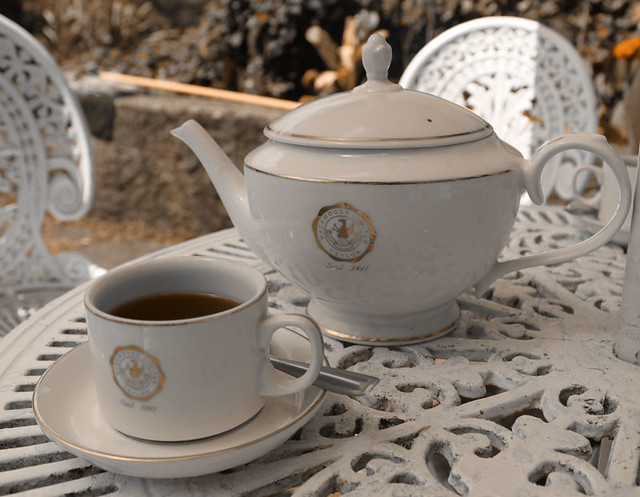 We visited the Mackwoods Labookellie tea museum and plantation in Sri Lanka and learned how the tea is dried and packed after picking. Afterwards we sampled one of their teas accompanied by the best chocolate cake we’d ever tasted and enjoyed looking at the views over the plantation 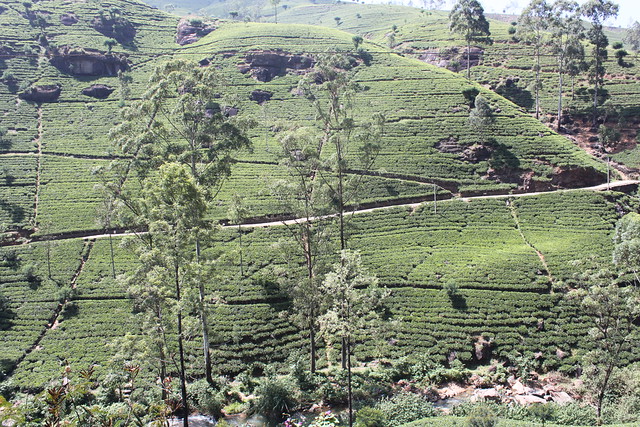 what’s your favourite cuppa? tea or coffee? do you have a special mug or cup from which to drink it?

This week over at Kim Klassen, it’s another free and easy theme

I used Kim’s magic texture 2BL with the screen blend mode and reduced the opacity to 86%.

I’ve only just discovered Sonel’s Corner blog and her photo-editing challenges. I couldn’t resist jumping in to play in this challenge as it combines my love of nature and of photo-editing.

I added a mask to this image, blended it with dissolve and added the text

I used the poster edges filter on this image, added Kim Klassen’s texture 2110 blended with darken

This week’s Texture Tuesday’s theme is another free and easy one.

Photo Art Friday now takes place on the first Friday of every month. This month we were given the option of sharing a piece of flower art using at least one of Bonnie’s textures. I’ve used different filters on this image and have added Bonnie’s texture Soft Reflections to it as well as experimenting with the blending modes which has resulted in:

I added a poster edges filter to the above photo

and blended it with Bonnie’s quartz texture. I love the effect this produced, it looks like a transfer

Photo Art Friday’s challenge for 4 May 2012 was to link a piece of photo art to the title from one of your favorite books?!! What was he/she thinking????!!! 😉 This was a real challenge!

I rarely read a book twice. Not because I don’t want to but because there are so many good books waiting to be read so it’s difficult for me to choose an all time favourite book. However, Ken Follett’s “Pillars of the earth” stands out as one of the best I’ve read. Not only was it a good story but it contained a wealth of historical information and brought the middle ages alive so vividly. For those who don’t know the story it’s about a stonemason who dreams of building a cathedral – an idea that was widely believed to be impossible.

The 2 photos above are of Notre Dame des champs (our lady of the fields), a gothic style church (elevated to the status of basilica in 1993) in the French village of Avioth, which lies close to the Belgian border. Not far from here is the beautiful cistercian abbey of Orval.

Avioth is only a tiny village yet this huge church – seemingly as big as a cathedral – dominates the area and it is hard to imagine why a church of this size was built. It was apparently constructed in the XIV century where a miraculous statue of the virgin had been discovered and replaced an earlier oratory of more modest stature. It is still a place of pilgrimage.

The challenge for 6-8 April was to showcase a macro shot or a shot that has been cropped to highlight a close-up part of the image. I have chosen to showcase these shots of a white hibiscus flower

and a white lily

and finally, a gardenia, with one of my own textures added

For the image I’ve used a creative commons image of the world famous diver Annette Kellerman, combined with PDPA texture “je me souviens”, blended  with linear burn at 86% opacity. I then duplicated the layer and multiplied it, then added a turquoise sea texture of my own blended with linear burn and reduced the opacity to 30% to give a pale watery effect and then posterized it.

The writing in French on the texture reads “je me souviens” which means I remember.

I remember when, as a teenager I was a member of the school diving team. One day, while executing an inward pike, I hit the board on the way back down. Needless to say that put me off doing inward pikes for a while. However, I overcame my fear and continued diving, going on to become captain of the diving team. The only competition I entered that was not an inter-school one, was the Gloucester County Junior diving championship for dives from a 1 metre springboard. To my surprise and delight I won it. The image on the shield which was my prize has a diver like this on it. Now I don’t remember why but neither of my parents was there and no one from school witnessed my one moment of glory and triumph, which I think is a bit sad.

The question is not what you look at, but what you see – Thoreau
Create a free website or blog at WordPress.com.
Loading Comments...