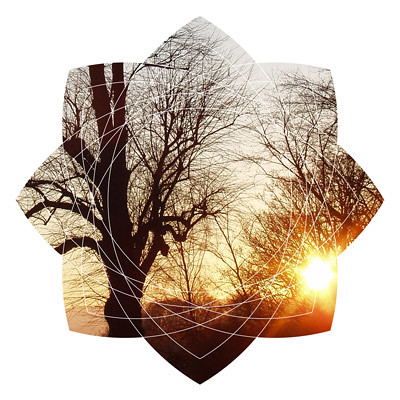 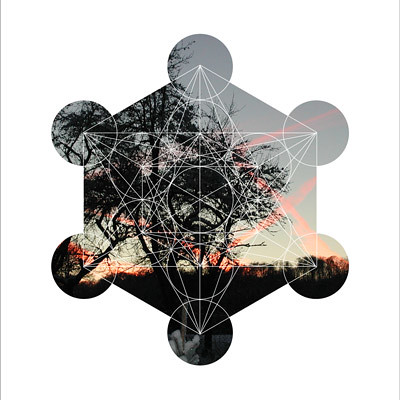 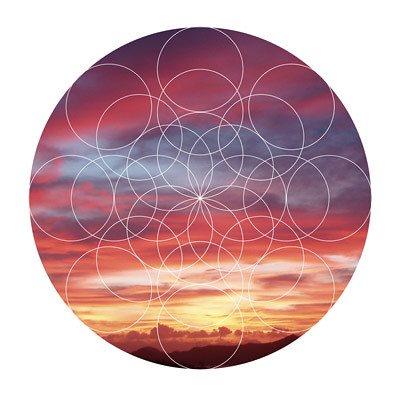 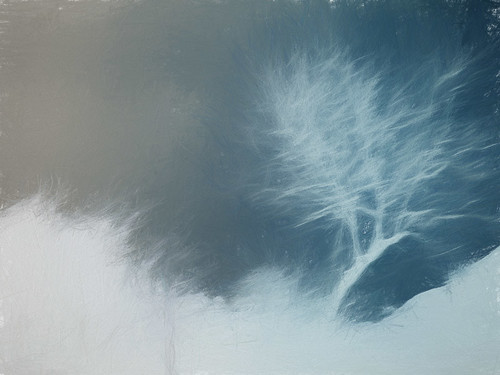 This week’s challenge from Ailsa is all about winter. 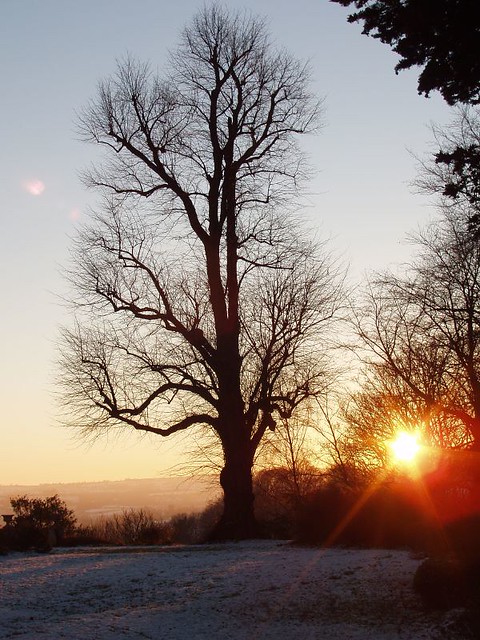 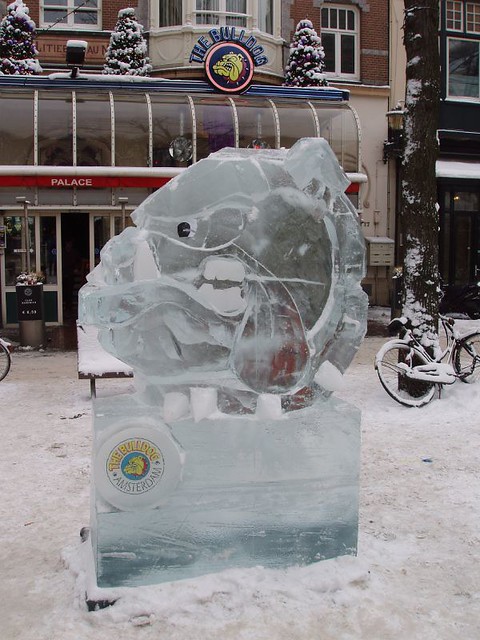 a snow covered statuette in our garden

A couple of days before Christmas we went to Bath for the day to do some last-minute Christmas shopping and to go to that most British of theatrical offerings, the pantomime – Aladdin – in the recently and beautifully refurbished Theatre Royal in Bath. We started off by visiting Mr B’s, an independent bookseller and a dying breed.

and this was one wall of the toilet

an angel statue in the park

According to the blurb the Lady Hare “was devised as a companion for the Minotaur, although in this work his place is taken by the dog. To Sophie Ryder (the artist) the Lady Hare’s ears represent human hair, and the figure can be interpreted as a self portrait”.

view of the back garden of my family’s house

crows helping themselves to the food my mother had put out for the bird (not intended for the crows!)

In the afternoon of Christmas Day we went for a walk. These two are photos of the cemetery and the walk way in Birdcage Walk.

This is Royal York Crescent, Clifton, Bristol – an outstanding example of a Georgian terrace

view from the communal garden of the Paragon, Clifton

the gold coloured smoke is in fact steam coming out from the basement area of this building.
View of the frontage of some of the houses in the Paragon

PS apologies for the poor quality of some of the photos – with a white sky and snow everywhere many of the photos, taken on automatic setting, have resulted in being over exposed.

Along with thousands of other people we suffered our share of travel misery the last weekend just before Christmas. We were due to spend Christmas with our family in the UK and were supposed to fly from Amsterdam to Bristol on Friday 18 December. Our flight to Amsterdam was 12 hours late and when we did get there in the early hours of Saturday morning it was to find that the Bristol flight had been cancelled anyway. We stayed up the rest of the night so that we would be amongst the first people to be dealt with by Easy jet when the desk re-opened at 6am the following morning. Little did we know when we set off that Friday morning that the weather in Amsterdam was causing chaos and that the airport had not been able to cope with the unusually severe weather conditions by the time we did arrive. People were sleeping wherever they could find a space – some in luggage trolleys, some on the ground, some in the Christmas decorated areas – Santa’s throne, for example. When we went in search of a cup of coffee at 6am we were told that it was free. Just as well as our airline had not given us any vouchers for hotel accommodation or refreshments of any sort.

We spent a few anxious hours in the airport trying to get ourselves sorted out. The departures area was a heaving mass of frustrated humanity as people struggled to drag their luggage to departure gates from where they were not going to be departing. Eventually we realised that it was easier to move around on the lower (arrivals) level. We later learned that no flights departed that day, the arriving flights were cancelled and in the UK both Heathrow and Gatwick airports were closed.  By 8.30am we had booked ourselves into a nearby hotel and took a taxi there although we were not able to take possession of our rooms until early afternoon. The hotel we had booked ourselves into was comfortable, good value for money and only 5/6km away from the airport and Amsterdam centre and on a bus route. As far as we were concerned, we could have been stranded in a much more inhospitable city than Amsterdam which we know and love. We were far from averse at having to spend a couple of days there.

Amsterdam in the snow was a completely different experience from our previous visits (usually in spring or early summer). Skating rinks had been set up in some of the squares as had some Christmas markets. On Sunday afternoon we walked from the Leidesplein to Rembrandtplein and then along the banks of the Singel canal to Spui where we wanted to explore an area called the 9 alleys which was reputed to have some interesting shops, bars and cafes and a good variety of canal-side architecture. We decided that this area was not the most picturesque or interesting and eventually returned to the Leidesplein where we had to wait another hour in the bitter cold for the bus back to the hotel.

Here are some of the photos I took:

reflections in a florist’s window

ice sculpture of the Bulldog cafe logo in the Leidesplein

bicycles in the snow

waterfowl on ice in the canal

what tickled us most was that Holland had changed its regulations regarding smoking in “coffee” shops since our last visit. Previously smokers could smoke a mix of dope and tobacco. Now they can only smoke neat dope!! People who want to smoke an ordinary cigarette now have to go into a special smokers room.

I think this quote perfectly sums up our weekend in Amsterdam:

“Life isn’t about waiting for the storm to pass. It’s about learning to dance in the rain”.

I don’t know who said/wrote this. If anyone knows, I would be pleased to hear from them.

my garden in winter and buerg brennen (cross burning)

Dawn on a cold winter’s day in January

On another day the mist hangs low in the valley

In February thoughts turn towards the bidding farewell to winter. In the fields behind the house a huge cross has been erected (it’s towards the right side of the picture). On the morning of Sunday 10 February a friend and I have this crazy idea to watch the dawn and see if I can get a photo of the sun rising behind the cross. It was minus 4°C and a heavy frost covered the ground. There was no dramatic sunrise but golden streaks of dawn crept across the sky anyway

and behind us the sky turned a faint pink, criss-crossed by vapour trails from the aeroplanes taking off from the nearby airport

Half the village gathered on that very cold clear night with an abundance of stars and a crescent moon, behind which the rest of the shadow of the moon could be seen. Unfortunately we missed the actual lighting of the fire and the immediate sight of flames licking up to the top of the cross. You have to look very closely to see the faint outline of the cross above the combustible stuff piled up at the foot of the cross

It is generally agreed that this is an ancient pagan festival but no one seemed to know why a cross should be burnt. In some communities a man and a woman are chosen to light the fire and in others puppet figures of a man and a woman are burned on the cross but not in ours. Hot gluhwein and other beverages together with hot dogs and grilled chops were served by members of the youth club who had camped out the night before to ensure that no spoilsport lit the fire before the prescribed time. It burned for hours after we left, casting a warm glow into the night sky, still visible through our hedge, 3 fields away.

Flora digitalis, On the doorstep

In one of the churches in Strasbourg, I chanced upon an exhibition about Advent and New Year festivities – Romanian style. There were costumes and masks and many photos showing these being worn.

This table bears a typical selction of food that would be offered to the equivalent of our carol singers – groups of people who go round the villages on Christmas eve singing “colinds” (traditional songs). This is ritual food, the offering of which will bestow on the offerer prosperity, abundance and fertility. Without the singing of these “colinds” Christmas would not be Christmas say the old folk of the villages, who never tire of hearing these songs.

The wishes of Sorcova – small groups of children, dressed in their Sunday best and carrying bunches of paper flowers, go from homestead to homestead to wish the farmers:

which, roughly translated means: grow, flourish, like the apple tree, like the pear treer, in the middle of summer! hard as stone, fast as an arrow! hard as iron, fast as steel!

The dance of the goat

The goat and its retinue of masked beings – the old men (shepherds), the old women, the brides and grooms, traders and jews – progress through the streets accompanied by musicians in a lively pantomine in which  the goat falls sick, an old man desperately tries to revive it while holding a comic conversation with it. Finally the animal dies (like the old year) much to the joy of the onlookers. This dance is linked to old symbols of fertility and fecundity.

The goat’s mask and costume constitute a fantastical representation of a mythological creature.

The head consists of a muzzle, covered with a hare’s pelt, with a lower, moveable jaw. The horns can be real goat’s horns or made from wood. Strings of ribbons, glass beads, wool, bits of mirror, basil and paper flowers are attached to the horns. At the end of the horns tiny bells are attached. The body of the goat is covered in a piece of carpet or heavy-duty cloth to which are sown handkerchiefs, womens beaded belts, and heads of maize overlapped to form scales. Because of the ritual nature of the costume even the most modern bits of jewellry and fabric can be used.

Another categoryof masks and ritual costumes present in the New Year customs are those of the villains. The masks show in the most expressive and original way, like a caricature, all the worst defects of the human race. The eyes, nose, ears and hair are meant to personify old age (the old men and women), ethinic identity (Tsiganes, Jews, Turks, Cossaks, Armenians), certain professions (merchant, doctor, sanitary agent or forester) and last but not least Death and the Devils. Each of these personnages wears a hideous mask with mismatched clothes. During the festival period the Villains form groups whose prime role is to entertain the onlookers.

The other group is made of the Handsome ones, under this appelation appear the ceremonial costumes of the emperor, the minister, the general, and the gendarme. This category is a later addition to the New Year customs and constitute an ironic representation of the authority of the former Austrian empire – Hungary. There is not much difference between the costumes of the emperor, ministers, etc: they all wear uniforms (either miliary or from the railway) to which are added long trains of medals and epaulettes. They all wear painted helmets  with the colour of the feather plumes revealing the rank of a particular personage.

culture, On the doorstep, Photography, Travel